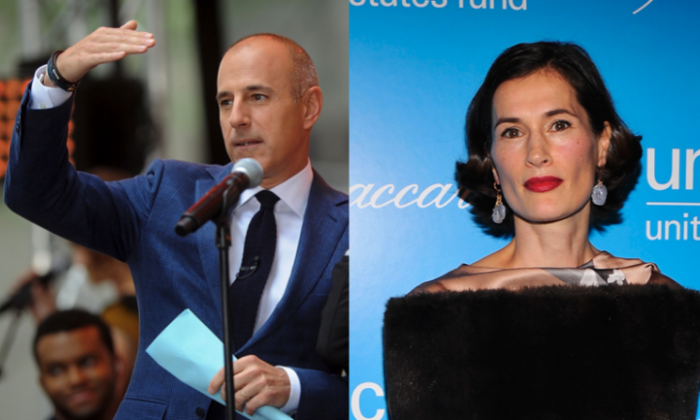 Matt Lauer was spotted on Saturday, Dec. 23 with his estranged wife and former model Annette Roque and the couple’s 14-year-old daughter, Romy, according to E! Online.

The report pointed to the apparent lack of wedding ring on the hand of Roque, as the trio were seen together at a horse farm they own in Sag Harbor, New York, on the eastern end of Long Island.

Roque’s father earlier told reporters his daughter had ditched her wedding ring and was planning to divorce the disgraced former NBC anchor, who was fired from the network for sexual misconduct in the workplace.

Three days earlier, on Dec. 20, a stern-looking Roque was seen heading into the office of law firm Latham & Watkins in Manhattan, PageSix reported.

According to that report, Roque was meeting with lawyers about “squeezing a bigger settlement” out of the embattled former “Today” anchor if the couple does go ahead with ending their 20-year marriage.

Lauer and Roque were photographed at Bright Side Farm on Saturday, the horse training and riding facility that the two opened back in 2013.

It appeared the two were there to watch their daughter ride.

Lauer was fired after a slew of gross sexual misconduct allegations were exposed in a Nov. 29 Variety report.

A telling detail was that Lauer had a button installed on his desk that could lock the door to his office, multiple sources said.

Lauer was the latest in a growing list of celebrities of the movie and television industry disgraced by sexual misconduct allegations recently, including Harvey Weinstein and Kevin Spacey.

Ivan Pentchoukov and Peter Svab contributed to this report.