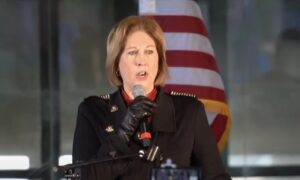 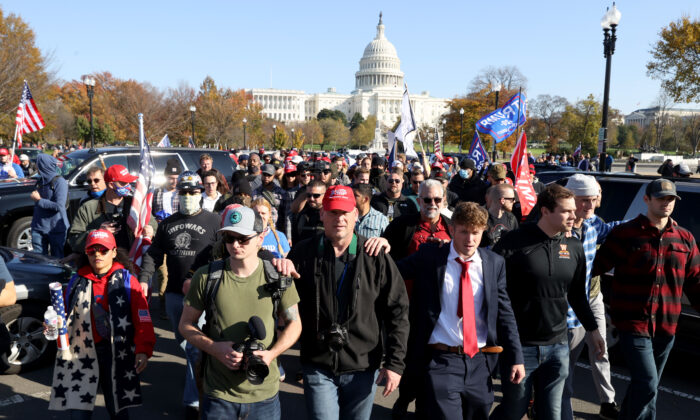 Massive Civil Disobedience Coming to the USA in 2021

When I read on Dec. 5 that the Republican speaker of the Arizona House had declared that the legislature of his state “cannot and would not overturn the election,” before the agreed-upon forensic inspection of Dominion voting machines in Maricopa County had even taken place, it only confirmed what I have been coming to suspect for some time: 2021 will be a year of massive civil disobedience in the United States of America.

How this civil disobedience will manifest, I’m not certain, but it will come.

But don’t be alarmed … well, not overly … because the 74 million or so Trump supporters who feel disenfranchised—not only by the manipulations of the opposite party and their media friends, but also by the considerable number of self-interested leaders of their own party who have betrayed them—aren’t likely to resort to violence like the Antifa sociopaths.

These are good, patriotic people.

Wittingly or not, they will follow the examples from Henry David Thoreau’s famous 1849 essay “Civil Disobedience”—original title “Resistance to Civil Government”—which begins, “I heartily accept the motto, ‘That government is best which governs least’; and I should like to see it acted up to more rapidly and systematically.”

But if these same patriotic people, known as the “deplorables,” are violently opposed, all bets are off. Civil disobedience will morph into civil war.

At first, however, my guess is this new (and more genuine) “resistance” will take three forms: 1. Mass and growing demonstrations; 2. Non-payment of taxes, threatening to bankrupt the national treasury since most of these people are hard-working and employed; 3. A general movement of what we might call John Galt-ism, after the character in Ayn Rand’s “Atlas Shrugged.” Vast numbers of our citizens will simply check out and return to their own farms, or versions thereof, like the Roman emperor Cincinnatus was said to have done.

This last has the capacity to simply grind the country to a halt since many of these same “deplorables” are the plumbers, electricians, firemen, farmers, heating and cooling repairmen, construction workers, assembly line workers, police, pilots, engineers, cable guys and girls and so forth, also the businessmen and women, that make society function.

The giant corporations, even Big Tech, can’t exist without them.

So like it or not, we are living in historical times. There hasn’t been anything like this since World War II, not even the anti-Vietnam War demonstrations.

Every day, the already-significant mountain of witness affidavits attesting to voter fraud across the nation grows, largely ignored by politicians and completely ignored by the mainstream media.

Having been living in ignorance, many of us wonder if we have been a banana republic in terms of our elections far longer than we knew. Just who really deserves to be in office? We look into their eyes.

That the COVID-19 pandemic has been used shamelessly for political ends only exacerbates the situation.

We live in constant disquiet. Already we see the precursors of this mass civil disobedience.

Early manifestations have appeared in California, where many ignore the diktats of elitist Gov. Gavin “French Laundry for Me but not for Thee” Newsom, even the sheriffs; and across the country in New York’s Staten Island, where demonstrators are supporting the right of Mac’s Public House’s owners to stay open and survive financially in the face of ever-shifting rules imposed by their scabrous mayor, once known as Warren Wilhelm Jr.

As the song goes, it’s only just begun. So many unexplored lies and manipulations are out there unresolved.

Even if we are let down by now-special counsel John Durham. Even if—and this is extremely likely—a new attorney general does everything in his or her power to sweep anything even remotely related to the new administration—if it happens—under the proverbial rug, many of us will be spending all our waking hours peeking under said rug for every soupçon of corruption.

I can promise you that.

We won’t stop until it’s all exposed and everyone is fully informed—except those who don’t want to know and there is little we can do about that—concerning what has happened in our country in the past couple of decades, particularly since the 2016 election of Donald J. Trump.

And, just as those mountains of election affidavits from brave and righteous citizens are piling up, maybe, because of their example, other citizens will come forward to fill in the blanks on other matters, from the Russia hoax to Ukraine to China.

It’s hard to hide the truth forever, and it can emerge at the most surprising times.

And even though my childhood hero Yogi Berra may have amusingly told us, “It’s tough to make predictions, especially about the future,” I unabashedly predict, as I did at the beginning, massive civil disobedience ahead.

And if that civil disobedience continues long enough, if we are steadfast, change will occur and America will once again be what it was intended to be.