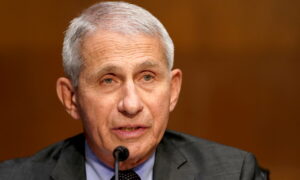 COVID-19 Vaccines Could Be Available to Kids Aged Between 5-11 by Early November: Fauci
0
Share Now
TelegramFacebookTweetEmailTellMeWeReddit
Copy Link
US

Flash flood warnings have been issued for across Massachusetts, including Hartford, Western Tolland, Hampden, and southern hampshire countries.

As of 1:13 p.m. EDT, the National Weather Service’s doppler radar indicated “widespread showers and strong thunderstorms producing heavy rain across the warned area,” according to an alert the service issued around 1:20 p.m.

Two to four inches of rain has already fallen in some areas and four to six inches is possible by 2:15 p.m. in some areas.

Numerous cars have been reported stuck in the warning area and “significant urban flooding” will happen in the Springfield and Hartford metropolitan areas, according to the service.