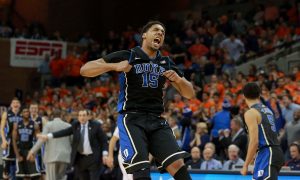 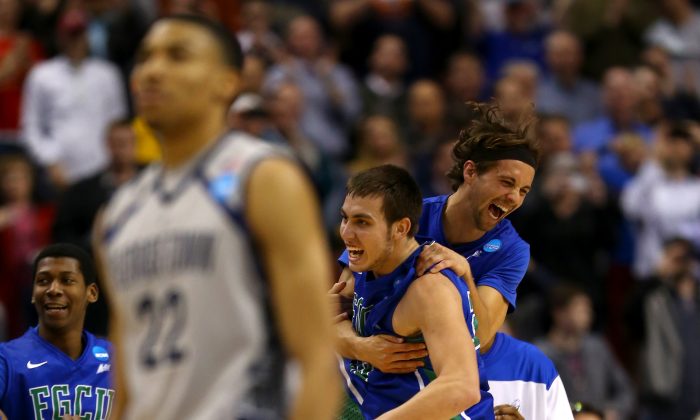 Christophe Varidel (center-top) and Chase Fieler (center-bottom) of the Florida Gulf Coast Eagles celebrate their 78-68 win as Otto Porter Jr. of the Georgetown Hoyas walks off of the court dejected during the second round of the 2013 NCAA Men's Basketball Tournament at Wells Fargo Center on March 22, 2013 in Philadelphia, Pennsylvania. (Elsa/Getty Images)
College Sports

Every year we fill out our brackets with the hope that this will be the year that we buck the odds and get them all right. And every year there are numerous upsets that ruin the majority of picks. Just look at last year. How many people picked third-seeded Duke to lose to Mercer in last year’s opener? With that in mind, here are the mostly likely first-round upsets: