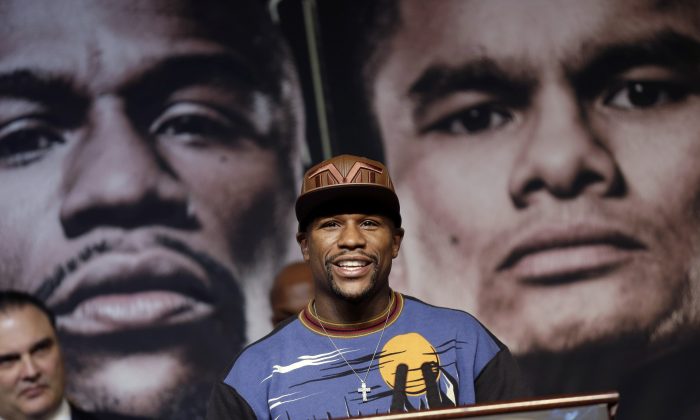 “Yes, actually I did watch the fight. You know, I haven’t seen Pacquiao fight in years. I’ve seen highlights,” Mayweather told ESPN. “I haven’t seen Pacquiao since before [he knocked out] Miguel Cotto [in 2009]. I thought that he deserved congratulations. He’s the better man, but as far as Bradley, whoever he’s working out with, they have to make a lot of changes because he’s lifting too many weights. I think he’s more worried about how he looks wh en he get on the scale instead of how he performs inside that ring.”

Mayweather was referring to Pacquiao and Bradley’s fight last month in Las Vegas, where Pacquiao took a victory via a unanimous decision.

Mayweather also said that he is mulling retirement.

“I’m contemplating everyday getting out the sport now,” Mayweather said. “I’m very, very comfortable. It’s not really hard for me to get up when I get to the boxing gym, it’s just getting to the gym. I go into my garages and think, do I want to drive you, you, you or you.

“[But the motivation] is fighting for legacy because when you mention boxing all I want you to mention is Floyd Mayweather. That’s what I’m here to do. When my career is over I don’t want you talking about nobody else.”