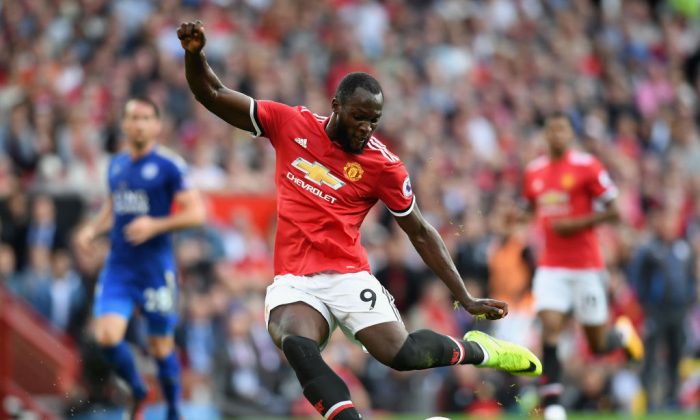 The third round of the English Premier League season got underway with Saturday’s early kick of between Bournemouth and Manchester City at the Vitality Stadium, with Bournemouth starting aggressively and taking an early lead through Charlie Daniels’ half volley via the underside of the bar. However, a City side with several changes from their side for the mid week draw at Everton, including a debut for Benjamin Mendy, struck back quickly with an equaliser from Gabriel Jesus, until a last minute injury time winner from Raheem Sterling gave City a 2-1 victory, and condemned Bournemouth to their third consecutive defeat, though Sterling ended up being yellow carded, and then dismissed for a red card due to 2 bookings, for his goal celebrations after 7 minutes of injury time, which Bournemouth claimed was more than the amount due, and ruling Sterling out of their next fixture against Liverpool after the international break.

In later games, Crystal Palace were beaten 2-nil by Swansea at Selhurst Park, courtesy of goals from Tammy Abraham and Jordan Ayew, Huddersfield Town drew nil-all with Southampton, Newcastle United were 3-nil victors over West Ham, with goals scored by Joselu, a header from Kieran Clark, and Aleksandar Mitrovic, whilst Watford drew nil-all with Brighton, with Watford’s endeavour’s undermined by the first half dismissal of Miguel Britos for a dangerous challenge on Anthony Knockhaert. In the late game, Manchester United continued their winning ways with a 2-nil defeat of Leicester City at Old Trafford, courtesy of second half goals from substitutes Marcus Rashford and Marouane Fellaini, after United had been frustrated for an hour by a determined Leicester defence, particularly goalkeeper Kaspar Schmeichal, who made numerous fine saves, including a penalty from Romelu Lukaku. Bournemouth, Crystal Palace and West Ham have all started with 3 consecutive defeats, with consequent pressure mounting on respective managers Eddie Howe, Frank de Boer and Slaven Bilic who have to get through the international break before getting another chance to get their season back on track.

In Sunday’s early matches, West Bromwich drew 1-all with Stoke City, with Jay Rodriguez opening the scoring for Albion, but with Peter Crouch scoring with a simple header into an empty net for the equaliser following a poor defensive error, whilst Chelsea recorded their second consecutive win of the season with a 2-nil win at home to Everton at Stamford Bridge, with Cesc Fabregas and Alvaro Morata the goal scorers.

In one of the two late games, Liverpool hosted Arsenal at Anfield, with Liverpool taking a 2-nil half time lead through a Roberto Firmino header from Mohammed Salah’s right wing cross, and Sadio Mane’s curling strike into the bottom right hand corner of the net after he’d cut into the left hand side of the penalty box. Liverpool then added to Arsenal’s woes in the second half, with Mohammed Salah breaking solo from the half way line before reaching the box and firing low past Petr Cech, following Arsenal’s own corner, and Daniel Sturridge heading in at the far post from a left wing cross after coming on as a substitute for Mane, resulting in a 4-nil victory. In the other late game Spurs looked to get over last week’s home defeat by Chelsea, and purge their Wembley hoodoo by starting with a win against Burnley. However, after Dele Alli scored from 6 yards from a rebound, hopes were raised on improving their Wembley record of 3 wins from 12 home games played at the venue, but these were dashed when substitute, new 15m signing Chris Wood from Leeds United, ran onto a through ball from Robbie Brady to strike the equaliser late on.

Manchester United lead the early table with 9 points from 3 wins, with United already holding a goal difference of 10, whilst Liverpool, Manchester City, Huddersfield Town and West Bromwich Albion have 7 points. Even at this early stage, questions will be asked of Arsenal manager Arsene Wenger, as their defensive frailties of previous years have already appeared, and they still have unsigned contracts outstanding with out of contract players next summer in Alexis Sanchez, Mesut Ozil and Alex Oxlade-Chamberlain, whilst its likely that Chelsea, Spurs and Liverpool will look to add new signings to their squads before the transfer window closes on Thursday August 31, the latter particularly in the event of any sale of Philippe Coutinho, who they have repeatedly said is not for sale, to Barcelona.