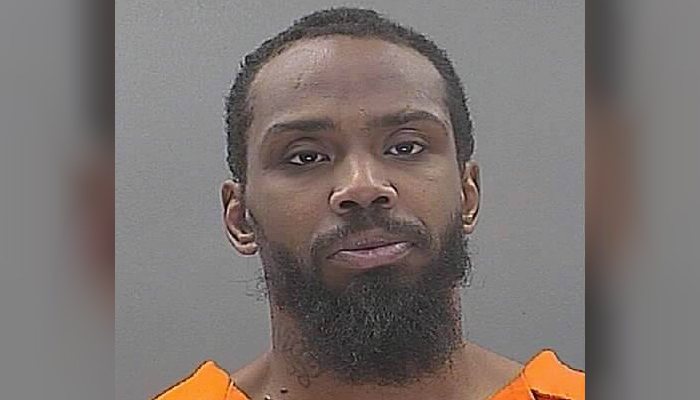 Rashon Causey, pictured after being charged with the 2016 murder of Shanai Marshall. (Burlington County Prosecutor)
Crime and Incidents

A man with 92 arrests and 11 felony convictions under his belt has been sentenced to 50 years’ imprisonment for the murder of his son’s mother.

Shanai Marshall was stabbed to death in her home in Burlington County, New Jersey on Nov. 14 last year.

In October of 2017, Rashon Causey, her former partner and the father of her young son, was found guilty of the murder.

On Jan. 5, he was sentenced to 50 years, of which he must spend at least 42 in jail, according to a statement by the Burlington County Prosecutor.

The 40-year-old from Burlington was also found guilty of burglary and weapons charges.

County Prosecutor Scott Coffina said in a statement: “Given this defendant’s enormous criminal history, and the violent way in which he killed the mother of his child, it is hard to imagine a defendant more deserving of the life sentence the State sought here.”

Shanai Marshall was described by her family and friends as a loving, fiercely loyal woman who was not afraid to speak her mind, according to NJ.com. She lived in Mount Holly, Burlington County and was also known as Doobie.

The sentencing of her killer was attended by more than 20 of her family members and friends.

Coffina said: “The Court’s sentence of 50 years makes it likely that he will never experience freedom again, and that will hopefully afford some degree of comfort to Shanai’s loved ones.”

Marshall had broken up with her abusive boyfriend Causey just before he stabbed her to death with a butcher’s knife at her home in Monroe Street in Nov. 2016, reported NJ.com. According to friends and family, it looked like she had intended the split to be permanent.

“She was done with the guy … You could see the glow in her,” Nicole Vieira, 42, of Lumberton, told NJ.com at the time. “She was serious, and he knew it.”

Marshall, who died aged 37, grew up in Mount Holly, and has three sons. The eldest was 23 at the time of her death, another was seven, and the youngest, the son of Causey, was nearly two, according to NJ.com.