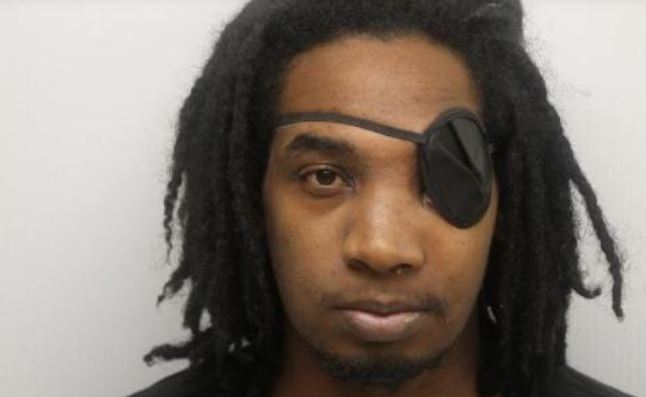 A Georgia man was sentenced to life in prison without the possibility of parole after being convicted of murdering a 4-year-old child with Down syndrome.

James Emmanuel Robinson, 24, attacked the girl and her 3-year-old sister to get back at their mother, his girlfriend after she allegedly cheated on him, prosecutors said.

Medical evidence showed that the 4-year-old’s death was a result of an incredible amount of force, reported the Savannah Morning News.

“My sympathies are with the victims in this case,” Chatham County Superior Court Judge James F. Bass Jr. said in the sentencing.

Robinson was convicted of felony murder on March 2 for killing Lalia Hawthorne, 4, as well as aggravated assault against the 3-year-old sister, Nakeita Hawthorne.

Georgia man sentenced to life plus 80 years for ‘horrendous’ murder of 4-year-old with Down syndrome https://t.co/kzor0U3OTu pic.twitter.com/w1HTr6O81G

He was also charged with three counts of cruelty to children, reported Fox 28.

It was initially believed 4-year-old Laila Hawthorne died of meningitis in 2015 but an autopsy prompted officials to investigate her death, reported WSAV.

The fact that Lalia had Down syndrome did not appear to be a factor. Down syndrome causes cognitive delays, according to the National Down Syndrome Society, but the effect is usually mild to moderate.

“People with Down syndrome attend school, work, participate in decisions that affect them, have meaningful relationships, vote, and contribute to society in many wonderful ways,” the group stated.

Assistant District Attorney Jenny Parker had urged the judge to sentence Robinson to life in prison without the possibility of parole.

“There is nothing about this case that suggests that this defendant deserves leniency,” Parker told Bass.

However, defense attorney Richard Darden and Richardson’s family members asked the judge to consider giving the possibility of parole.

“My brother has never been a vindictive person … [he’s] always been the type of person to stay in his own lane,” Robinson’s sister Brooke Robinson said. “He’s not a hateful person, not an evil person. … I just hope when a decision is made [on sentence] he’s granted leniency.”

At one point, Darden argued that the children’s mother had committed the crimes.

But a jailhouse witness told authorities that Robinson told him that he committed the crimes in order to retaliate against the mother after she allegedly cheated on him.

The mother was not charged.

Man sentenced to life without parole for murder of 4-year-old with Down Syndrome – https://t.co/jROrlYKmBU #news965 #wdbo pic.twitter.com/L4dgYsgLp0