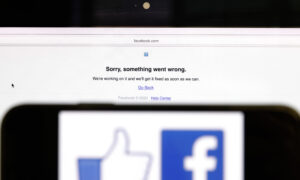 Man ‘Gets Beat Up After Posting Video Of Himself Hitting Dog Online’; Tom-Jan Husch Story Might be Fake

A story saying a man, Tom-Jan Hüsch, beat up his dog and uploaded the video online might be fake.

The story was posted on Empire News, a “satire” news website. It shows the video, which appears to be real and was uploaded to LiveLeak (WARNING: Disturbing footage).

However, it then posted a photo of the man with bruises and facial injuries after the video went up.

“Hüsch’s attacker was later identified as Josef Guldschmitt. Guldschmitt explained his attack in a interview by phone this evening,” the Empire News story says.

Empire News doesn’t post real news, according to it’s disclaimer, but the video appears to be real. There’s no legitimate news stories about the man getting beaten up over the footage.

The “author” of the “man gets beat up” story has a description at the bottom of the page, which reads: “I was a member of the first graduating class at Harvard University in 1642. I was cryogenically frozen and brought back to life in 1981. I can speak gibberish in 18 different languages and often carry on conversations with myself in all 18.”

Keeping all this in mind, it’s worth taking the story with a grain of salt.

Empire News has fake stories including one about Charles Manson getting released on parole, one about “Texas Cheerleader And Internet-Famed Hunter Kendall Jones Mauled By Leopard In South Africa,” and one saying “George Zimmerman Announces Candidacy for Florida Governorship.”