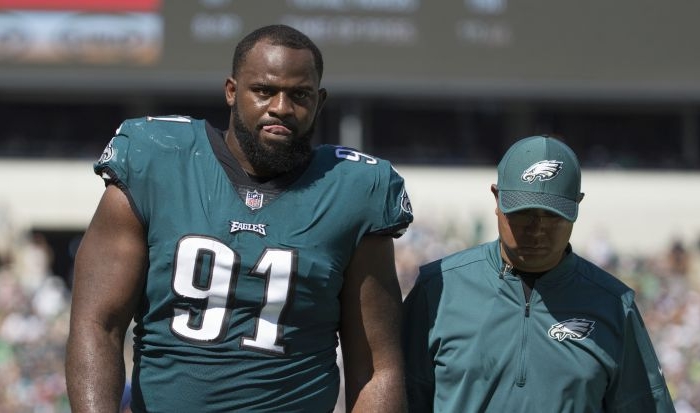 Fletcher Cox #91 of the Philadelphia Eagles walks to the locker room in the second quarter against the New York Giants at Lincoln Financial Field on September 24, 2017 in Philadelphia, Pennsylvania. The Eagles defeated the Giants 27-24. (Photo by Mitchell Leff/Getty Images)
Entertainment News

A North Carolina man alleges that an NFL player attempted to seduce his wife.

A lawsuit was filed against Philadelphia Eagles defensive tackle Fletcher Cox in the Mecklenburg County Civil Court on Nov. 22, the Charlotte Observer reported. Joshua Jeffords, the man, sued Cox for alienation of affection.

Cox, 26, hasn’t responded to the lawsuit.

Jeffords, of Huntersville, North Carolina, said that his wife met Cox during a work-related trip in Pennsylvania in April before she moved there in October, according to The Associated Press.

According to CBS Philadelphia, he discovered explicit text messages between Cox and his wife.

Last year, Cox signed a six-year contract with the Eagles worth $102 million.