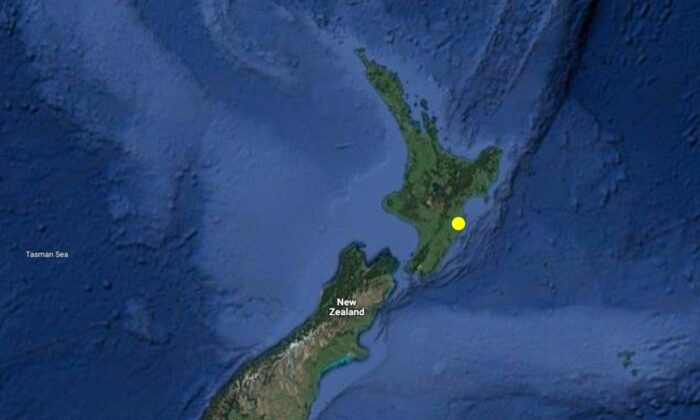 A 4.9 magnitude earthquake struck on the east coast of New Zealand on Sept. 4, 2021. (The Epoch Times)
Australia

New Zealanders on the east coast of the North Island felt a “massive jolt” on Saturday afternoon when a 4.9 magnitude earthquake struck.

Thousands of Kiwis near Hawkes Bay have reported the quake.

Earthquake monitoring agency GeoNet said the earthquake took place at 4:45 p.m. on Saturday, at a depth of 36km.

It was the strongest onshore earthquake in New Zealand for 11 months.

The epicentre was five kilometres north of Waipukurau, a small town southwest of Napier on New Zealand’s North Island.

“That was not moderate by any means. The whole house was moving! Big jolts and shaking,” she wrote on Twitter.

“Omg! Massive jolt and shaking here in Marewa Napier. Gave me a heck of a fright,” Twitter user The Hanan said.

“We heard it coming and it was a shock, like something hit the building,” Grant Seton added.

More than 6,000 Kiwis reported feeling shaking to GeoNet in the immediate aftermath.

There are no immediate reports of damage.