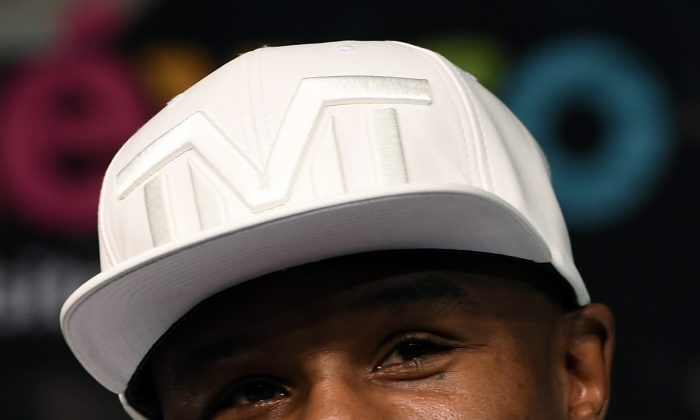 Lil Wayne, Justin Bieber, Floyd Mayweather: Who is Walking Out with ‘The Money Team’?

It’s unclear if Lil Wayne or Justin Bieber will be walking out with Floyd Mayweather Jr. in his fight against Marcos Maidana on Saturday.

UPDATE: Neither Wayne or Bieber walked out with Mayweather.

In previous fights, Mayweather had both Bieber and Wayne–with Wayne doing his “The Money Team” freestyle.

There’s been no announcement that either musician will be with Mayweather.

Lil Wayne was most recently in Salt Lake City after doing a concert in Seattle.

According to the Salt lake Tribune, Wayne’s concert ended with fights, gunshots, and road rage.

“About 12:15 a.m. Friday, as cars crawled, bumper-to-bumper, to exit the concert, one driver apparently erupted in road rage. The driver of a dark brown Chevrolet Nova repeatedly honked at a van stuck in the traffic in front of him, then pulled into the oncoming lane, firing one gunshot into the van as he passed,” reads an excerpt.

The fight will be held at the MGM Grand in Las Vegas, which is fairly close to Salt Lake City.

Meanwhile, Bieber recently confirmed that he’s in a relationship with Selena Gomez during a deposition.

“The singer admitted their on-again status to attorney Mark DiCowden, who questioned Bieber on Thursday during a follow-up deposition stemming from his March 2014 deposition in regards to a suit filed against him by a photographer who claims he was allegedly assaulted,” E! News reported.