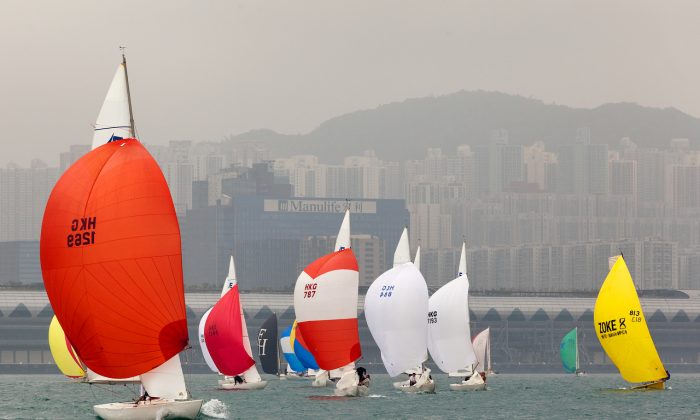 Tomes Cup background
The origin of the Tomes Cup dates back to April 1, 1880, when it was originally used as the trophy for the “Sugar Refiners Cup”, which was also an all classes staggered start pursuit race.

The cup was received by the late Noel Croucher from a Mrs Tomes, widow of a member of the Tomes family, in the 1960s and it was later re-named and has served as the trophy for the Tomes Cup. The inscription on the cup reads: “Sugar Refiners Cup won by Naomi April 1st 1880.”

Next races
The next race and final race of the 2013-14 Top Dog Trophy—the HKNVR Memorial Vase—is scheduled for May 1.

Meanwhile, Day-2 of the Hebe Haven Spring Saturday Series will be on March 15.