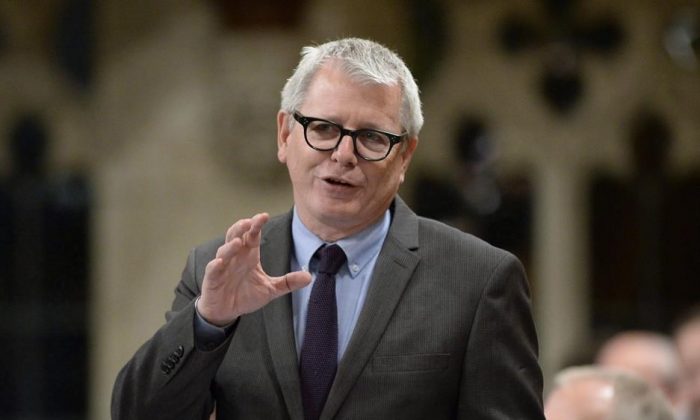 OTTAWA—A Liberal MP from Toronto has apologized for a tweet sent on the morning of Feb. 2 that many on Twitter took as a threat against Ontario Premier Doug Ford.

Adam Vaughan said sorry for tweeting that people should “whack” Ford, hours after defending it as a reference to the game whack−a−mole where players hold a mallet and hit targets—or moles—as they randomly pop up from a board.

Vaughan has been critical of the Ford government’s policies in Ontario, continuing criticisms that go back to when the two sat on Toronto city council.

Vaughan’s original tweet on Feb. 2 was in response to a tweet noting the Ontario Progressive Conservatives had backed away from talk about cancelling full−day kindergarten in the province.

The Liberal MP suggested in a tweet that the Ford government raised the idea so residents would get “upset over hurting Kindergarten students instead of being angry over the damage he’s done to University students.”

“Next he will go after young offenders & end “free school” in detention centres … instead of playing whack−a−mole; Let’s just whack him.”

As responses from Twitter users rolled in questioning his use of language, Vaughan repeatedly tweeted pictures of a whack−a−mole game with a picture of Ford’s face placed on the targets in the game, and screen capture of the online Collins Dictionary entry for “whack.”

“If someone whacks you, they defeat you easily in a game or competition,” the screen capture reads.

The next entry on the website adds this definition: “To whack someone means to kill them.”

Vaughan at one point tweeted that he had been contacted by a lawyer “representing the Moles of Ontario,” who resented the comparison. “I’ve tried to reach out, but apparently they are an underground organization.”

By the night of Feb. 2, Vaughan apologized. In a statement posted to Twitter to anyone who was offended and “missed the original cartoon,” without which “the comment lacks context.”

“Whack was a reference to whack−a−mole,” Vaughan wrote.

“It was never my intent to suggest anyone, anywhere should inflict real physical harm to Premier Ford. To those who took offence, I’m sorry.”