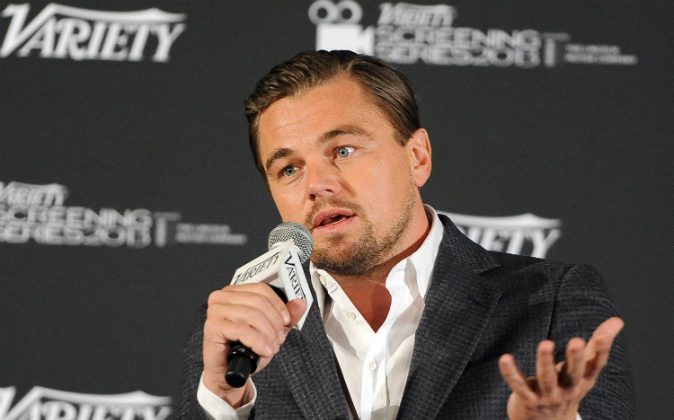 A New York judge ordered Leonardo DiCaprio to testify in a libel case against “Wolf of Wall Street,” a film he both produced and starred in.

Long Island Magistrate Judge Steven Locke ruled on June 16 that DiCaprio must sit for a deposition “at a reasonable time and place agreed to by the parties.”

Andrew Greene, a former executive of the stock brokerage firm Stratton Oakmont, filed a multi-million dollar lawsuit against Paramount Pictures Corporation and a host of other producers. According to Greene, he was defamed in the Oscar-nominated film with the portrayal of Nicky ‘Rugrat’ Koskoff, played by PJ Byrne.

Throughout the film Koskoff engages in illegal activities—including drug use and money laundering—and allegedly shares a likeness to Greene.

Greene maintains he’s never engaged in any illegal activities during his tenure at Stratton Oakmont, but instead “had a reputation of trying to legitimize the activities of STRATTON OAKMONT and developing compliance procedures,” according to the court document.

The lawsuit states: “The motion picture’s scenes concerning Mr. Greene were false, defamatory, and fundamentally injurious to Mr. Greene’s professional reputation both as an attorney and as an investment banker / venture capitalist as well as his personal reputation.”

Lawyers for the 41-year-old actor have maintained DiCaprio wasn’t involved in the screenplay writing process—Terence Winter was the screenwriter—and therefore played no role in the inclusion of content.

Greene is a former associate of Jordan Belfort, who was played by DiCaprio in the 2013 film about the brokerage firm Stratton Oakmont. The role earned DiCaprio an Oscar nomination for Best Performance by an Actor in a Leading Role and the film was nominated for Best Motion Picture of the Year in 2014.