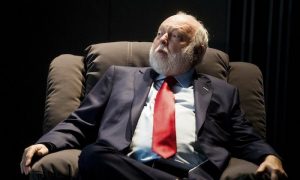 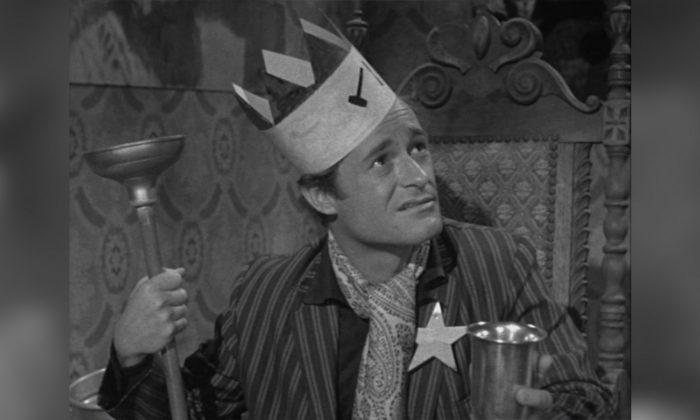 Dick Miller, the veteran Hollywood actor best known for his role as Murray Futterman in the 1984 horror film “Gremlins” has died. He was 90.

In a career that spanned six decades, Miller made over 175 movie and more than 2,000 television appearances, according to The Hollywood Reporter.

The veteran Hollywood character actor had a career that spanned six decades with more than 175 movie credits and 2,000 TV appearances https://t.co/DFbJu7cwP9

Born in The Bronx on Dec. 25, 1928, Miller served in the U.S. Navy before attending the City College of New York and Columbia University, according to the Reporter.

In the 1950s, Miller began working with iconic director and producer Roger Corman, collaborating on more than 20 films, according to the BBC. Though he was usually a supporting actor, he starred as the artist and murderer Walter Paisley in “A Bucket of Blood” (1959).

RIP Dick Miller, surely the king of character actors. A friendly, funny face in Gremlins (1&2), Piranha, the original Little Shop Of Horrors, Not Of This Earth, After Hours & my personal beatnik fav, Walter Paisley in ‘A Bucket Of Blood’. Any role of his was cult movie nirvana. pic.twitter.com/StRqrWHgBS

Miller also worked with director Joe Dante, who used him in almost every project he made. In 1976, Dante made his directorial debut with “Hollywood Boulevard.” He decided to name Miller’s character Walter Paisley as a nod to film producer Corman. Miller continued to play characters named Walter Paisley in almost all the films he collaborated with Dante on, including the 1981 horror film “The Howling.”

In 1984, Miller played one of his most memorable roles—Murray Futterman—in Dante’s horror comedy “The Gremlins.” Miller returned to the role in the 1990 sequel, “Gremlins 2: The New Batch,” despite the character appearing to have been killed in the previous film.

We’re sad to hear of the passing of Dick Miller. Which of his roles did you love most? Ours is probably Murray Futterman in Gremlins.

Dante paid tribute to Miller on Twitter: “I’m devastated to report that one of my best friends and most treasured collaborators has passed away. I ‘grew up’ (kinda) watching Dick Miller in movies from the 50s on and was thrilled to have him in my first movie for @RogerCorman.”

I’m devastated to report that one of my best friends and most treasured collaborators has passed away. I “grew up” (kinda) watching Dick Miller in movies from the 50s on and was thrilled to have him in my first movie for @RogerCorman… (1/2)https://t.co/TEsacH8SUW

Miller also worked with notable directors Martin Scorsese, Steven Spielberg, and James Cameron. He appeared in Cameron’s 1984 “The Terminator,” where he played a gun shop owner who shows Arnold Schwarzenegger’s cyborg his range of weapons.

In 2014, “That Guy Dick Miller,” a documentary on his life came out and he received praise from such co-stars as “Gremlin’s” Corey Feldman, reported BBC.

“Truly one of the greatest living actors of our time.”

His final role was once again as the character Walter Paisley in the yet-unreleased horror film, “Hanukkah.”

Miller died of natural causes at his home in Toluca Lake, Los Angeles, on Jan. 30 surrounded by his wife, Lainie; his daughter, Barbara; and his granddaughter, Autumn.

“His sense of humor and the unique way he looked at the world won him many lifelong friends and worldwide fans,” Miller’s family said in a statement.

Rest in peace, #DickMiller, star of Roger Corman‘s Bucket of Blood and good luck charm for so many Corman protégés for decades to follow. His presence in a movie always brought a smile to my face. Thank you sir. pic.twitter.com/o6YFlnetXN