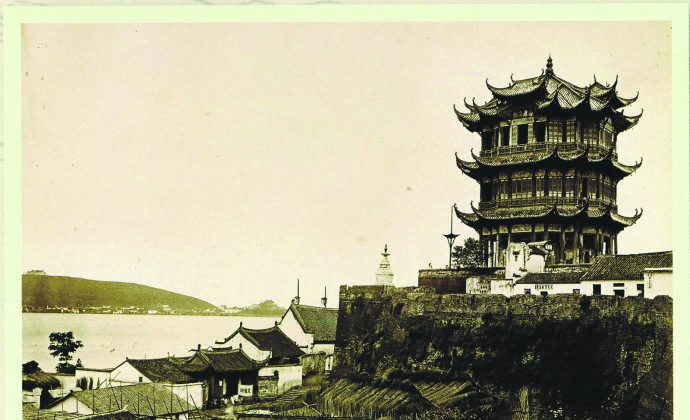 Legend of the Yellow Crane Tower

The Yellow Crane Tower was associated with miracles in ancient poetry. Below is a legend about the naming of this tower.

While stories differ in Chinese folklore, a common theme runs through them: good people were favoured by gods, and miracles happened. The story of the Yellow Crane Tower is one of these mystical tales.

According to the books “Retribution Record” and “A Biography of Immortals,” there was an immortal named Zi’an. One day Zi’an transformed into the image of a poor man and went to Xin’s wine shop. Xin did not judge Zi’an by his appearance and offered wine to him for free. This happened day after day, and it continued for several years.

When the immortal was about to leave one day, he used an orange peel to draw a crane on the wall and said, “Upon clapping, the crane will come down and dance.”

The immortal’s words were true indeed. The crane started to dance amid heavenly music, and it attracted many customers to the wine shop. Within ten years, Xin became a wealthy person.

One day Zi’an returned to the wine shop. Xin was very thankful to him for the crane. Zi’an took out a flute to play. A white cloud descended, and the crane on the wall flew to Zi’an. The immortal rode on the crane and left.

Thereafter, Xin built the Yellow Crane Tower on the site where the immortal had left.

In ancient Chinese history, there were many people who became immortals. However, many people today are complacent with the modern scientific method, which is unable to totally uncover the mysteries of life.

The scientific method itself is far from perfect. The conventions of science have restricted people to only what the naked eye can see, and many do not dare to explore what is beyond.

“The aim of literature is to transmit the Dao [commonly translated as the Way],” according to the Elegant Words of the All-embracing Book. Different levels of the Dao also correspond to elevating the soul at different levels. Upon understanding this, will parents still let their children study Chinese just for the narrow purpose of getting a better job in the future?

Learning literature is to cultivate the mind, and elevating the level of one’s soul is the purpose.