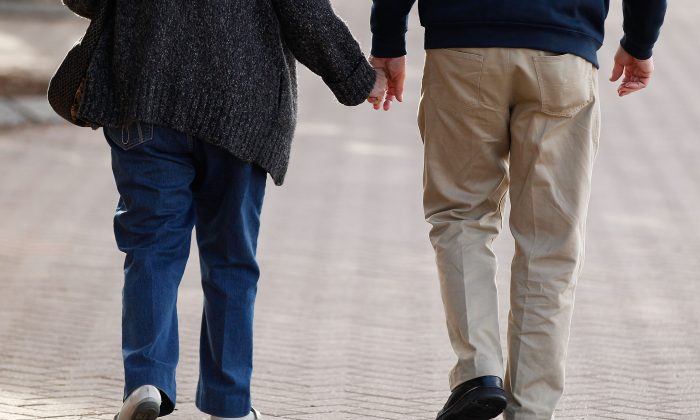 Legalising Euthanasia Will ‘Depreciate’ the Value of Life, Senator Says

A senator is pushing back against the move to legalise euthanasia in Australia’s territories, saying it will “depreciate the value we place on life” under the banner of human rights.

The comment comes following the introduction of a private bill dubbed Restoring Territory Rights, which aims to hand the Northern Territory and the Australian Capital Territory power to decriminalise euthanasia.

Speaking at the Senate on Sep. 13, Western Australia Senator Matt O’Sullivan, of the centre-right Liberal Party, said while he didn’t believe the sponsor of the bill “intend to cause any harm” over time, as more people access euthanasia, Australians will become “desensitised to its use as a genuine end-of-life option.”

“If we choose euthanasia as an acceptable palliative care option, then over time, it will depreciate the value that we place on life. Intended or not, once you start something, it always finds a way to advance itself,” he said.

“Instead of investing in better palliative care in Australia, this bill puts that very thing at risk. If we continue to view euthanasia as a palliative care alternative, we will discourage further investment and research and better care for those who need it.”

Every state of Australia has legalised euthanasia, while attempts to legislate voluntary assisted dying in the NT and ACT over the last 18 years have been thwarted.

Labor MP of Solomon Luke Gosling, who tabled the bill on Aug. 1, argued the legislation would “restore the democratic rights” of Australians living in the territories. They “have been treated as second-class citizens when it comes to legislating on matters that impact their own lives,” he added.

“The principle here is that those dying of a terminal illness should have the right to a dignified and compassionate death,” the Labor MP stated during his introductory speech of the bill.

The bill received support from Tasmanian Senator Catryna Bilyk, who described euthanasia as a “rational act made by someone whose life-limiting illness is causing them intolerable pain or physical discomfort, and as a result, they have no prospects for quality of life.”

“With voluntary assisted dying, the doctor provides the patient the means to end their life and thereby end their suffering, so ultimately the power to make the decision remains in the patient’s hands.”

However, O’Sullivan said euthanasia “cuts through the very core values of our country …, the sanctity of life” under the “disguise of restoring rights to Territorians.”

“Under no circumstance could I ever support a human being ending their own life, whether it’s sanctioned by the government or not.”

The Liberal senator pointed to the euthanasia law in Belgium, which saw an increased number of people accessing euthanasia for psychological suffering like depression. Of 27,000 people euthanised since 2002 in Belgium, almost one in five were not expected to die of natural causes in the immediate future, O’Sullivan noted.

“What’s distressing is that these conditions are treatable, but the Belgian government allow these patients to euthanise themselves in the name of compassion or human rights.”

“I don’t think anyone here would want to see Australia go down that path—the path towards an on-demand assisted suicide.”

The sentiment was echoed by Country Liberal Senator Jacinta Price who said the Northern Territory government also employed the rhetoric of human rights to lift the ban on alcohol in remote communities. The move, she said, has put the already vulnerable Aboriginal Australians in remote areas at increased risk of health issues and alcohol-related violence.

“They’ve argued that an alcoholic should have the right to drink themselves to death. And if that alcoholic is also a violent perpetrator, their potential to commit violence has been prioritised by this Territory government over the rights of the perpetrator’s victims to live a life free from all forms of violence.”

Price argued euthanasia is “incompatible” with the Closing the Gap health and wellbeing targets of closing the gap in life expectancy within a generation by 2031.

The Northern Territory has the lowest life expectancy in the country—an average of 74 years, compared to 80.5 years in the ACT.

“In my opinion, taking a human life is far more serious an issue, deserving profound consideration, as opposed to political point scoring or gaslighting to elicit a supporting vote,” Price told the senate on Aug. 13.

According to a study by the Northern Territory government in 1996, when its Rights of the Terminally Ill Act passed, 90 percent of Aboriginals in the Territory opposed euthanasia as distinct to 70 percent of support nationally.