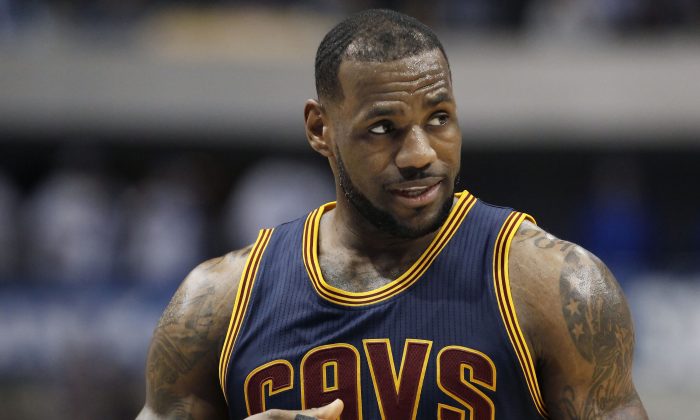 Cleveland Cavaliers forward LeBron James (23) looks on during the second half of an NBA basketball game against the Dallas Mavericks, Tuesday, March 10, 2015, in Dallas. Cleveland won 127-94. (AP Photo/Brandon Wade)
NBA

LeBron James started his second game in a row without a headband on Thursday night in a rematch with the San Antonio Spurs.

The Cleveland Cavaliers forward started the new trend on Tuesday against the Dallas Mavericks.

James has at times during his career removed his headband during games but started every game wearing one since back in high school.

He took his headband off on Saturday against the Suns before starting without it against the Mavs, and now the Spurs.

James hasn’t commented directly on now not wearing headbands at all, but did answer a question on why he removed it in the second quarter against the Suns. “It just happened,” he told Fox Sports. “I just took it off.”

Cavs coach David Blatt weighed in on the issue, saying he doesn’t like headbands.

“Personally, I’ve never been a headband guy. But I’m so old-school, there’s a lot of great, great players that wear headbands. That’s fine. I’ve also never been one to say you can’t wear it.,” he said. “But he’s had a pretty good career wearing a headband, so I think we’ll let him decide when and where not to wear it.”

Headband usage varies around the league, with some teams–such as the Spurs–seeming to have no players prefer wearing one, while others–such as the Rockets–have many players wearing one.