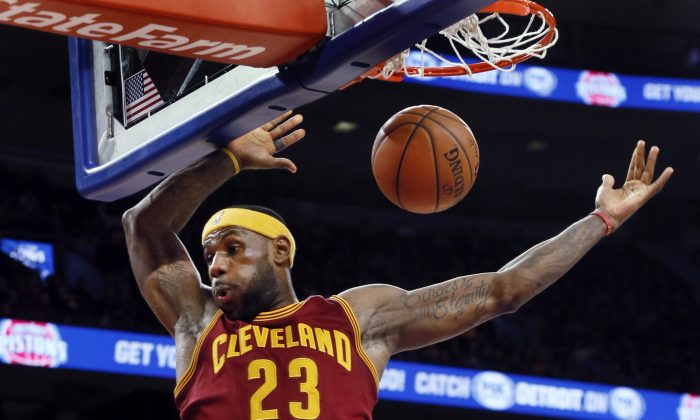 LeBron James has elicited negative feedback after posting a picture on his Instagram page showing a friend in an O.J. Simpson costume.

“OJ will be in the building tonight! #YouGotTheJuiceNow,” James captioned.

The picture is of Cleveland Cavaliers’ scout Brandon Weems in a USC football uniform with Simpson’s old number, 32. He is also seen wearing Isotoner gloves, which had a role in Simpson’s infamous murder trial in the 1990s.

Some people weren’t pleased with the picture, claiming it was in poor taste.

OJ will be in the building tonight! #YouGotTheJuiceNow

Another celebrity also got into hot water for their respective Halloween costume.

“I am so sorry to people I offended with my costume,” Duff wrote on Twitter. “It was not properly thought through and I am truly from the bottom of my [heart] sorry.”

“I meant no disrespect. I only have admiration for the indigenous people of America,” her boyfriend, Jason Walsh, also wrote on Instagram. “In hindsight I would not have made that decision. I apologize to anyone I may have offended.”