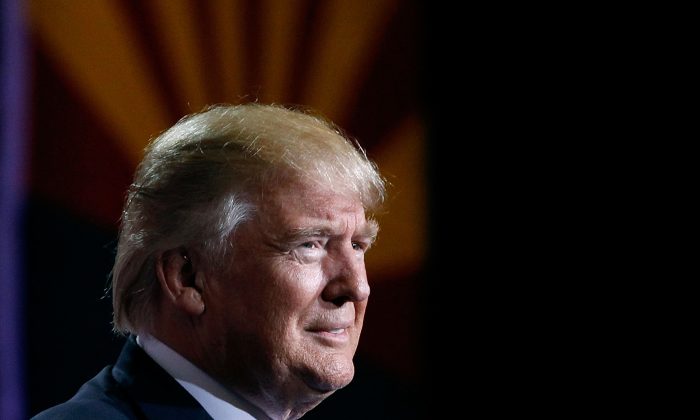 Key Latino advocates for Republican nominee Donald Trump are withdrawing their support after his immigration speech on Wednesday evening in Phoenix, Arizona.

Trump laid out a strict plan on immigration saying he would deport the millions of undocumented immigrants currently in the United States. He added that there will be no amnesty for those who are in the country illegally.

“Anyone who has entered the United States illegally is subject to deportation, that is what it means to have laws and to have a country,” said Trump. “Otherwise we don’t have a country.”

“I was a strong supporter of Donald Trump when I believed he was going to address the immigration problem realistically and compassionately,” Monty, a Houston lawyer who has strongly made the Latino case for Trump, told Politico. “What I heard today was not realistic and not compassionate.”

Monty was one of the Hispanic leaders who met with the Republican nominee at Trump Tower recently.

The president of the Latino Partnership for Conservative Principles, Alfonso Aguilar, also said he will no longer support Trump. Aguilar had previously criticized the GOP nominee, but put his discontent with Trump’s views on Latinos aside, and he, along with other Latinos, organized and signed a letter of support for the candidate in July.

“It’s so disappointing because we feel we took a chance, a very risky chance,” Aguilar told Politico.

“We decided to make a big U-turn to see if we could make him change. We thought we were moving in the right direction … we’re disappointed. We feel misled,” he added, saying he was not speaking on behalf of any organization.

Aguilar said he was unhappy with the immigration speech saying that while the Trump camp has recently vowed to deal with immigrants who are in the United States illegally in a “humane” way, “did you hear anything in that speech that was compassionate and humane? No.”

Aguilar confirmed on CNN that he is withdrawing his support for Trump.

.@amigoaguilar: Clinton is misleading us on immigration reform just like Donald Trump mislead us https://t.co/uPmd9yZMWk

Trump gave his speech on immigration just hours after meeting with Mexican president Enrique Peña Nieto in Mexico City. They met privately for about an hour before giving their remarks to the press and taking a few questions. While the wall was brought up in the private meeting, it was not discussed who would pay for it, Trump said while taking questions from reporters. After the meeting, President Peña Nieto said in a Tweet that he had told the Republican candidate that “Mexico will not pay for the wall.”

“At the beginning of the conversation with Donald Trump, I made it clear Mexico will not pay for the wall,” Peña Nieto said on Twitter.

During his speech in Phoenix, Trump reiterated that Mexico would pay for the wall.

“They don’t know it yet, but they’re going to pay for the wall,” said the GOP nominee.

“And they’re great people, and great leaders, but they’re going to pay for the wall,” he said.