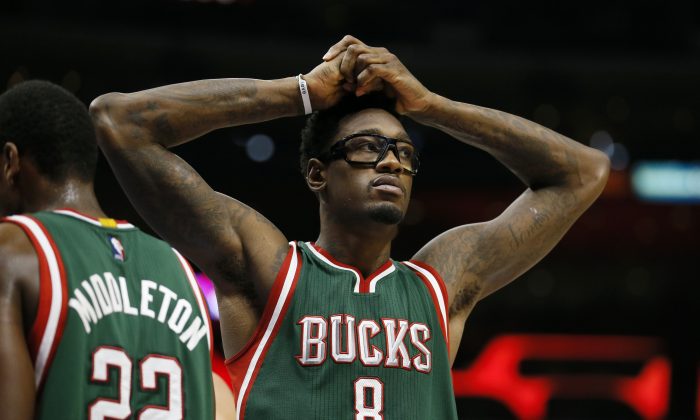 Larry Sanders Still Wants to Play Basketball, Will be Back Soon as Rumor About Bucks Center Slammed

Big news appeared to break on Monday when a reporter claimed that Milwaukee Bucks center Larry Sanders no longer wants to play basketball.

That would be bad news for the Bucks, who are having a relatively sensational year at 18-17 and sixth place in the Eastern Conference playoffs. The team had the NBA’s worst record last year.

“Some friends of Sanders told me last summer they were concerned Sanders wasn’t committed to basketball and wanted to explore other options,” he added. But others are disputing those claims, including Sanders and Sanders’ agent.

“The idea that Larry Sanders told anyone he didn’t want to play any more was news to Larry,” reported Steve Kyler of Basketball Insiders.

Sanders’ agent Happy Walters added to Hoops Hype that the tweet “is not accurate at all.”

And Bucks head coach Jason Kidd, although not directly refuting the report, said in an update on 620 WTMJ that he believes Sanders will be back in the next couple of days, as early as tomorrow.