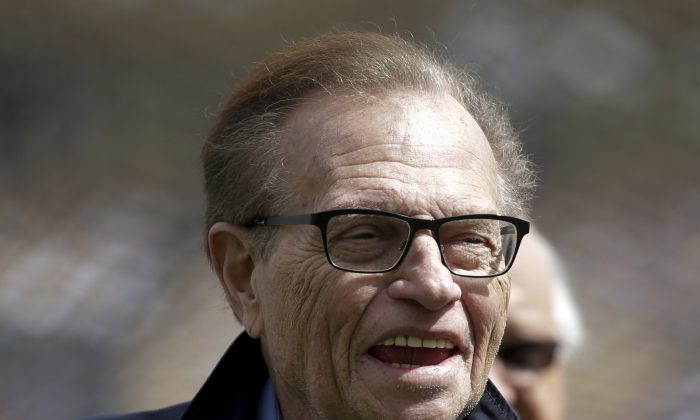 Larry King Russia show: The 79 year-old television host will host a new show, called “Politics with Larry King,” on Russia Today, a television station that is owned by the Russian government.

The new show will be “mold-breaking”, according to Russia Today’s Margarita Simonyan, editor-in-chief.

“Whether a president or an activist or a rock star was sitting across from him, Larry King never shied away from asking the tough questions, which makes him a terrific fit for our network,” Simonyan said, according to Hollywood Reporter.

King has been in the television business for 56 years and done more than 50,000 interviews, according tho the announcement. Nonetheless, the show will break new ground.

“I have interviewed every US president since Nixon, and lest people forget, I helped usher Ross Perot into the national conversation during the 1992 presidential contest,” said King. “I appreciate the importance of providing a platform to those with real alternative visions for our country’s future.”

The show will start in June, and will be recorded in Washington D.C. and Los Angeles.

Russia Today is known for being owned by the Russian government, and keeping close to the official line on issues inside Russia.