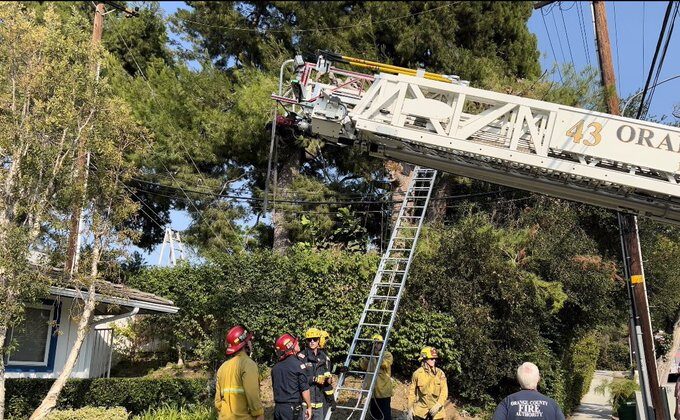 TUSTIN, Calif.—A man was hospitalized in critical condition Saturday evening after he suffered an electric shock while trimming a tree at a house in unincorporated Tustin.

Firefighters were summoned at 4:52 p.m. to the area of La Limonar Road and Arroyo Avenue, according to the Orange county Fire Authority.

They heard landscapers in a tree yelling for help after coming in contact with electrical wires. The men were holding a man who was unresponsive.

The firefighters used an aerial ladder to get the men and took the injured man to a hospital in critical condition, officials said.