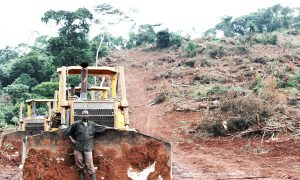 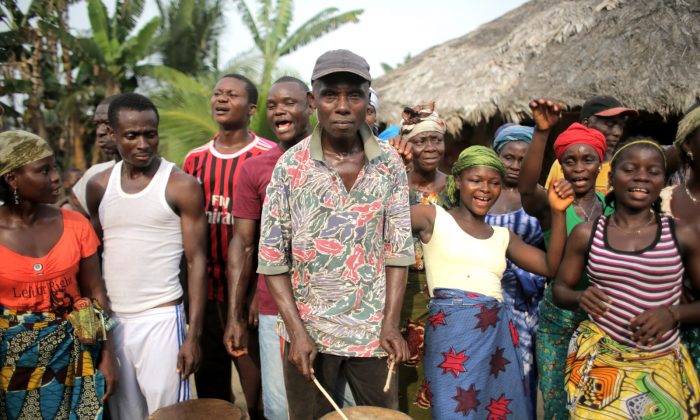 The Jogbahn Clan was threatened with a land grab, but the community refused to be weakened by division and eventually secured a crucial meeting with the Liberian President Ellen Johnson Sirleaf where she committed to supporting the Clan protect their land from being grabbed. This is a landmark victory for communities in a country where over 50 percent of the land has been given to companies without the involvement of the communities that live on and customarily own the land. (FoEI / ATI - Jason Taylor)
Africa

Land: Is It Still Our Common Ground?

An interview with Devlin Kuyek
By Shelley B. Blank
biggersmaller
Print

Devlin Kuyek is a senior researcher with GRAIN, a small international non-profit organization that works to support small farmers and social movements in their struggles for community-controlled and biodiversity-based food systems. He is based in Montreal, Canada.

DK: That’s part of the reason, yes. Since the food and financial crises of 2007–8, there’s been growing interest from the financial sector in acquiring land and water for food production. The underlying assumption is that land for agriculture is finite, while growing population and threats to food production such as soil erosion, climate change, and water depletion, will make it increasingly difficult to meet the world’s demand for food. In this future scenario farmland will be increasingly valuable.

It’s also seen as a hard asset at a time of volatility in stocks and other areas of financial speculation. So this is why we are seeing a flood of speculative capital going into companies and funds that specialize in acquiring large areas of farmland around the world.

The high food prices of 2008 also threatened many countries that are highly dependent on food imports. A number of these countries lost faith in global markets, mainly dominated by a few western corporations, to provide for their food needs. So they started looking to acquire large areas of farmland, with access to water resources, to produce food for their home country markets. It is mainly these two responses to the high food prices of 2008 that continues to drive global land grabs for export food production.

Every year, an area five times the land mass of Liberia is grabbed from communities around the world. The Jogbahn Clan show that stopping it is possible when communities stand together, mobilize, and resist. (FoEI / ATI – Jason Taylor)

SBB: Is this pushing farmers into becoming laborers?

DK: Most of the areas being targeted by land grabs are areas occupied by small farmers, pastoralists, and indigenous peoples. There, people have been producing food for generations, providing for their livelihoods and local food needs. It’s not surprising that those grabbing lands today are going after the most fertile lands with good access to water and that these lands would also already be occupied.

In most cases, the local people are not consulted about the land deals. The deals are signed without their knowledge, behind closed doors, between governments and foreign companies. Then, all kinds of promises are made about how these “investments” will improve their lives and bring them jobs. But the reality is that plantation labor is among the most brutal and poorly paid work on the planet. Any decent jobs tend to go to people from outside the communities.

I have never met a farming community that would like to give up its lands. Instead, peasants around the world have been calling for land reform and more, secure access to lands. This is why, with land grabs, we often see violent repression used to make way for the companies to operate.

SBB: Are we seeing a growing land concentration?

DK: Governments have been promising land reform for decades. But, instead, we are seeing a kind of land reform in reverse. Peasants are losing land at a faster pace than ever before, and, not only that, but they are being squeezed onto smaller and smaller farms. We calculated that small farms now occupy only a quarter of the world’s farmland. And yet these small farmers produce the majority of the world’s food.

“There are no for sale signs on holy land.”