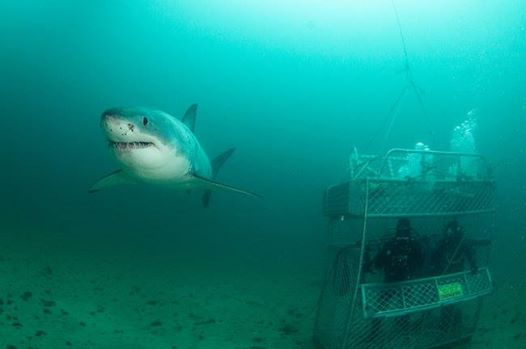 The Lair of the Mega-Shark program on Discovery Channel’s Shark Week is set to air at 10 p.m. EDT on Tuesday night.

The program follows shark experts Jeff Kurr and Andy Casagrande as they head to New Zealand to investigate the sightings of a 20-foot great white shark.

This leads them to the nocturnal feeding ground of a “mega-shark,” according to the network.

“It’s their only chance to find where the massive great white is feeding,” says a narrator in a preview video, showing how Kurr and Casagrande attached a camera to a shark’s fin.

The video shows them reaching and putting the camera to the fin.

“Hopefully, it will lead them to a shark of truly legendary proportions,” says the narrator.

The men say that it could lead them to the lair of the supposed giant sharks.

Shark Week continues after the one-hour program with Shark After Dark, hosted by Josh Wolf.

Original programming about the so-called Zombie Sharks, a journey following a pregnant great white shark, and a rerun of the Lair of the Mega Shark will be airing on Wednesday night.