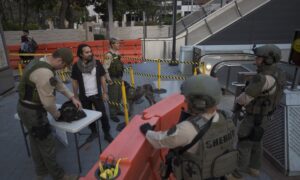 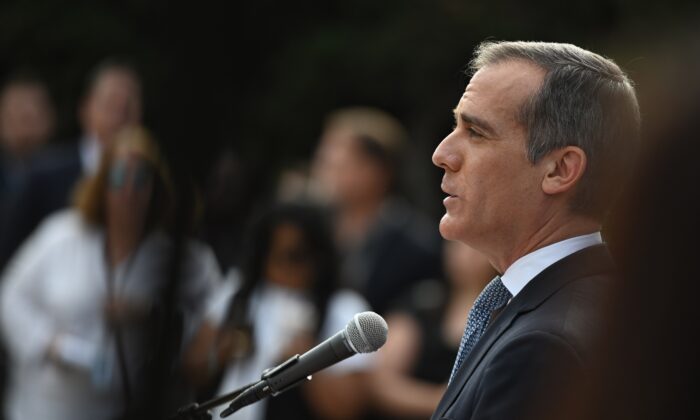 Once various adjustments approved during the council’s discussion are incorporated into the document, it will return for a final vote sometime next week. The council has until June 1 to send the budget to Garcetti’s desk for a final signature.

Garcetti proposed the largest spending plan in city history—an overall $11.2 billion budget and $6.6 billion general fund revenue projection. Government spending at all levels inevitably rises because of inflation, expansion of programs and increased population. The budget also includes half of the approximate $1.3 billion the city was allocated through the American Rescue Plan. The city expects to receive that funding within the next month, with the second half expected 12 months from now.

Councilman Paul Krekorian, chairman of the council’s budget and finance committee—which picked apart the mayor’s proposal in a series of hearings leading up to the full council vote—said the past year and the preparation of the spending plan has been “a time like no other for the city, this committee and this council.”

“The effort that goes into a budget even in good years, even in more normal times, is immense,” he said following the council’s vote. “This has been like nothing I have seen in my time on the council.”

Council President Nury Martinez acknowledged the vocal calls for social-justice programs that permeated the budget discussions, and even the continued opposition to a budget that critics insist funnels too much money to the Los Angeles Police Department.

“In Los Angeles we face a reality that as much as we are a world-class city, we also have to acknowledge that we have so much more work to do in each and every one of our neighborhoods and for each and every one of our residents,” she said. “For us to be a better city, to have a stronger future and for a real opportunity for our families and our kids and our neighborhoods across the city … we have got to do better by them. And today we are laying down a foundation brick by brick to be able to get there.

“Systemic change does not happen with one legislative motion or one city budget,” she said. “It takes time. And today I am proud to say that we are going to start on that path forward.”

Various council members submitted more than 40 motions for review May 20 proposing funds or requesting reports on various projects, with most of them referred to the budget and finance committee to review their potential fiscal impact.

Those reviews will be done in the coming weeks, but will not stall final approval of the budget.

During earlier budget discussions, city chief legislative analyst Sharon Tso told the budget and finance committee that parts of the budget depend on federal guidelines for how the American Rescue Plan funding can be used.

The city is scheduled to receive half of the funding in the next month and the second half a year later. Tso also noted that the city is receiving $75 million less than expected from the American Rescue Plan, but increases in other revenues will make up for that loss.

During budget hearings that began on April 27, the committee heard from general managers, executive directors and senior staff members of all city departments regarding the proposed budget, how it would impact their services and the department’s previous budgets.

Committee members added funding for additional staff for the Department of Recreation and Parks and the proposed wildlife corridor ordinance, and also requested more than 200 reports back for a more in-depth analysis on aspects of the budget and made recommendations to the chief legislative analyst.

Another significant change proposed by the chief legislative analyst was budgeting for additional hiring and operational needs for the Department of Recreation and Parks, which was requested by Councilwoman Nithya Raman in a letter to the budget and finance committee. Raman, as well as members of the public who called into the committee’s May 6 meeting, expressed concern that
the mayor’s proposal would not allow the department to refill 140 positions that were lost during the pandemic.

Raman had noted that as a result of the department’s budget reduction, the Griffith Park Observatory, which is in her district, will close two extra days and reduce the number of science days offered to children during the school year.

In addition to the chief legislative analyst proposing funding for the department to refill the 140 lost positions, Krekorian on Friday called for additional recreation and parks positions, including for aquatics, construction, land maintenance, homeless and emergency management, human resources and recreation staffing.

Other significant changes in the chief legislative analyst’s recommendations include increasing funding for senior meal programs, and providing funding for illegal cannabis enforcement and litigation support.