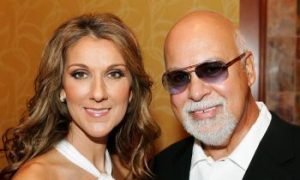 Opposition and parties leaning toward Russia are leading the parliamentary elections in Kyrgyzstan leaving behind pro-government ones, the Central Electoral Commission says.

Receiving almost 9 percent is the dominating frontrunner, the nationalist party Ata-Jhurt. On the other hand, the pro-government parties, the Social-Democratic and Ata Meken, were given about 14 percent, and Moscow-leaning parties Respublika and Ar Namys Party were granted 15 percent in total.

The Ata-Jhurt party is acting in opposition to the current Kyrgyz authorities who came to power after the April state coup early this year deposed President Kurmanbek Bakiyev. The party also is referred to as the ousted Bakiyev.

There are also concerns of Kyrgyzstan’s future democratic route as some leading parties oppose parliamentary government that satisfies Russia, which wants the Central Asian country to be a presidential republic with a strong hold.

Kyrgyz officials and international observers report that in general, elections were peaceful and free, but there were also claims of voters being made to vote for specific parties, some procedural violations as well as problems with completing protocols.

“I have observed many elections in Central Asia over the years but this is the first election where I could not predict the outcome,” Morten Høglund, an official within the Organisation of Security Cooperation in Europe’s (OSCE), said in a statement.

Observers complained that thousands of internal migrants and people displaced by violence last June, could not vote due to deficiencies in the residency registration system.