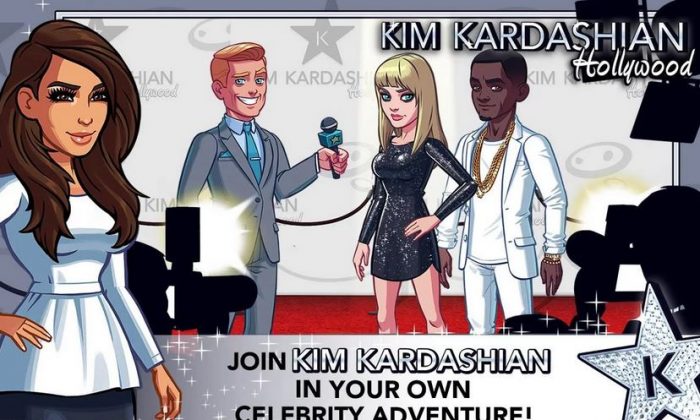 With the popularity of Kim Kardashian: Hollywood, gamers are looking for cheats and hacks for the app game, which requires real-life money at points.

However, scammers have used the game’s popularity to spread malware and adware.

On YouTube, when one searches for videos on how to cheat or hack the game, one will see a number of videos being uploaded on a minute-by-minute basis. Some of these videos have no content actually pertaining to the game, but instead offer URLs to download an application–some of which are adware or malware.

One is from Kompaniya Kreata LLC, a furn known to distribute adware, according to Herdproject.com.

Users should take caution when downloading any file related to the game. Some of the bogus videos include titles like “no survey Kim Kardashian hack tool.”

There are legitimate YouTube videos on how to cheat in the game, like this one below. (However, it’s worth noting that cheating in the game mostly involves actual hacks, and users should take caution when doing so).

The game itself is extremely popular, according to reports.

Doug Creutz, an analyst at Cowen and Company, told the broadcaster: “I don’t even know what genre to call it, but people are taken with it.”

Niccolo de Masi–the CEO of the publisher of the game, Glu Mobile–said the idea for the game started a year and a half ago when he traveled to Hollywood to negotiate deals with companies for a RoboCop and James Bond game. “We’re happy with all these partnerships,” he told USA Today. “But Kim’s has obviously produced the most powerful outcome so far.”

On the game, players have logged in more than 2.8 billion minutes since it came out a month ago.

De Masi, speaking with the Wall Street Journal, added that “Kim’s been great to work with.”

“She and I probably exchanged three emails a day and chat weekly. She’s approved every item of clothing [used in the game], we discuss features, we discuss events, updates, etcetera. She’s reviewed all the [production] milestones, from alpha to beta, final gold master. It was something she caught on quite quickly – the power of her brand and social following would probably be a really good fit with this type of game,” he said.

The next goal, he said, is to keep the game updated.

“What matters most is making sure we keep updating [this game] and satiating what the fan demand is now,” he said. “The top grossing games can stay up in the charts as long as they’re updated successfully, to keep the experience live, fresh and exciting. That’s what the focus is now: how we can keep the audience happy without putting something out there that competes with them.”