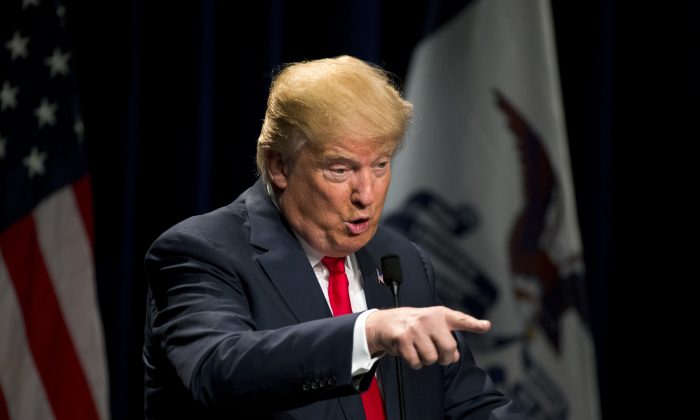 “If you look at North Korea, this guy, I mean, he’s like a maniac, OK? And you’ve got to give him credit. How many young guys — he was like 26 or 25 when his father died — take over these tough generals,” Trump said in Ottumwa, Iowa.

Trump also said the way Kim was willing to kill rivals showed why the U.S. needs to treat North Korea’s nuclear arsenal as a serious threat.

“And all of a sudden — and you know it’s pretty amazing when you think of it — how does he do that? Even though it is a culture and it’s a cultural thing, he goes in, he takes over, and he’s the boss,” Trump said.

North Korea claimed recently that it tested a hydrogen bomb, although a number of experts said it was more likely to be a conventional nuclear weapon.

Trump added during his speech that he plans to de-escalate the region by putting pressure on China, which has been a primary benefactor of North Korea’s for decades.

Trump has often been critical of China, and said recently that he would implement a tariff on Chinese goods imported into America.