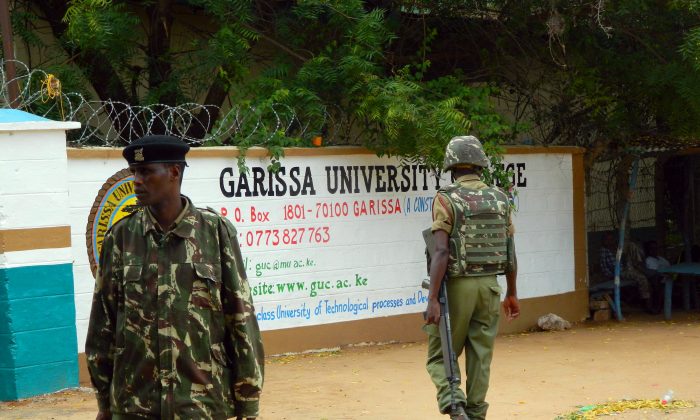 NAIROBI, Kenya—An airstrike killed the head of intelligence of the Somali-based extremist group al-Shabab, who is believed to have been among those who planned attacks on Kenyans, Kenya’s military said Thursday. Al-Shabab denied the claim.

Al-Shabab denied the claim, saying it was aimed at drawing attention from “significant losses” of Kenyan soldiers in a recent attack by al-Shabab in Somalia.

“The claims by Kenyan government that it killed what they called the al-Shabab intelligence chief is a mere fabrication,” the online al-Shabab radio Andulus said.

Karate had gone to the camp to preside over a graduation ceremony for an estimated 80 recruits into the Amniyat wing of al-Shabab, Obonyo said. Obonyo said suicide bombers deployed from the Amniyat took part last month’s attack on the Kenyan army base in El Adde, Somalia— believed to be worst defeat Kenyan forces have ever suffered in the battlefield. Al-Shabab claims more than 100 soldiers died in the attack. Kenyan authorities have declined to release the official death toll.

The U.S State Department says Amniyat is al-Shabaab’s intelligence wing, which plays a key role in the execution of suicide attacks and assassinations in Somalia, Kenya, and other countries in the region.

The State Department in April designated Karate a terrorist, saying he played key role in the Amniyat, which was responsible for the April attack on Garissa University College in Kenya that resulted in nearly 150 deaths.

Al-Shabaab wants to topple Somalia’s weak government and has launched extremist attacks on neighboring countries that have sent troops to back Somalia’s government.