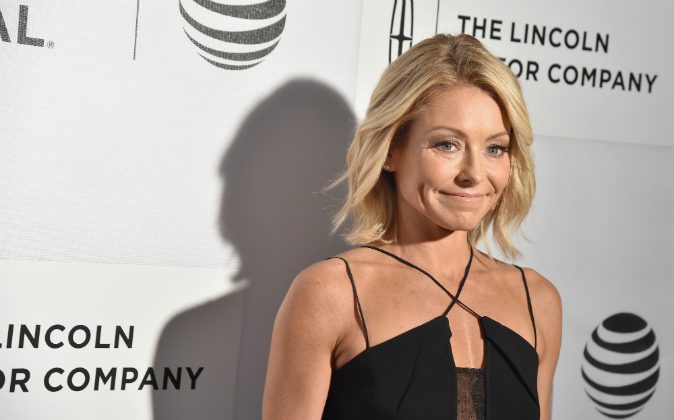 Kelly Ripa on Michael Strahan and ABC: ‘I’m Not Dealing With Monsters’

The days of Kelly Ripa and Michael Strahan as co-anchors of “LIVE! With Kelly and Michael” are diminishing. Strahan’s last day on the ABC morning show is May 13 and will prepare for his position on “Good Morning America” this fall—news that reportedly blindsided Ripa when it was revealed on the live show.

In an interview with People, the former soap opera actress shared her thoughts on the the handling of the news that Strahan will no longer work alongside her.

“There’s a part of me that can say, ‘Okay, I understand. This may have been an oversight,'” Ripa said about learning of Strahan’s impending departure. “And again, after 26 years, at this point we are like a family. And sometimes when you are so comfortable with somebody, you may not give them the same consideration as somebody you’re not as comfortable with—a certain formality falls away.”

Ripa was reportedly hurt by the surprise announcement on April 19, which resulted in her absence for nearly a week. While away, Ripa celebrated her 20th wedding anniversary to husband Mark Consuelos and also took time away to gather her thoughts, which she shared on April 26, the day she returned to the live show.

“I think that all people are deserving of fair treatment in the work place. People deserve respect,” said Ripa. “People should be treated equally and with dignity.”

As Strahan prepares for his new venture, Ripa doesn’t feel any animosity towards the retired athlete.

“We’re excited for Michael. He wanted that job, and it’s great for him. I think it is a perfect match, I really do. However, what nobody considered is there’s a whole other group of people that it really impacts, because we have to now find another great person.”

“It doesn’t fall out of the sky. It takes a lot of work, and it takes a group discussion,” said Ripa.

Despite the handling of Strahan’s departure, Ripa understands that she is in good hands with ABC.

“I’m not dealing with monsters. I don’t think of anybody as a monster or out to get me,” said Ripa. “People make mistakes, and we’re all human. They’re human and I’m human. We all have these moments, and it’s about how you move forward and how you begin again.”