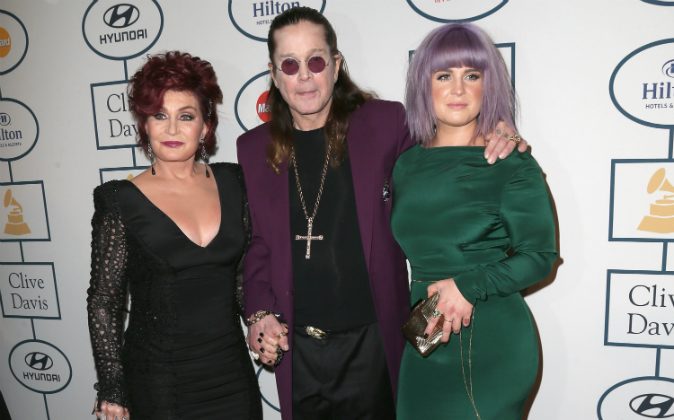 Kelly Osbourne, the daughter of rocker Ozzy and Sharon Osbourne exposed personal information of Michelle Pugh—the alleged mistress of Ozzy—onto her Twitter page on Monday (May 23).

“Anyone looking for cheap chunky LOW-lights a blow out and a [expletive] call [redacted],” Kelly Osbourne wrote to her millions of followers. The tactic of revenge received backlash from her Twitter followers, with some deeming her as “childish” and “classless.”

@KellyOsbourne hate your father not the woman.. HE did this 2 ur family … Again. #SMDH #childish

Yet the former “Fashion Police” co-host didn’t back down from those who disagreed with her tweet.

“are you in my family? NO YOU ARE NOT YOU HAVE NO IDEA WHAT SHE DID! So keep ur high-mighty opinions to yourself!” she responded.

Kelly even implied her father was taken advantage of by the much younger Pugh.

@jodee814 my father is almost 70 ever heard of elder abuse?

Other users disagreed with the younger Osbourne.

@KellyOsbourne Doxxing people, which is what you’re doing here, is illegal. It also makes you look petty. Be above that!

@KellyOsbourne I think you’re a bit childish! This is something between your parents not you!

@KellyOsbourne Did u also tweet your dad’s # since he is a part of this affair too, or are u just going to blame the other woman per usual?

@KellyOsbourne you missed the exit. The high road is the other way.

@KellyOsbourne It takes 2 for an affair. Take the HIGHER road Kelly. Cuz one day that crap you sling will get slung back on you. #classless

However, there were some users who applauded Kelly’s tactic for revenge.

@KellyOsbourne do your thing girl put the home wrecker on blast

@KellyOsbourne I fully support you!! This woman knew exactly what she was doing & she gave up the right to privacy!! Revenge is sweet!!

@KellyOsbourne is absolutely brilliant. Love her for posting the number!

The Black Sabbath rocker and wife Sharon have been embroiled in marital woes since news broke that an alleged affair occurred between the rocker and Beverly Hills hairdresser.

“It was known in the salon that they were a little too close,” a source told Entertainment Tonight. “Michelle is super into rock and metal music, so they bonded over that.”

The news shattered Sharon who took time off from her duties as c0-anchor on CBS “The Talk.” When she returned to the daytime talk show, the television personality addressed her personal life on air.

“I’ve been avoiding looking at any pictures or reading anything. I know what’s going on,” she said. “I don’t need to read about it and see about it because it’s like putting salt in a wound. So I don’t need to.”

She added,”I honestly cannot thank people enough for their backing me. For saying they love me. For everybody here at my home, supporting me, sending me messages of love,” she continued. “I honestly am empowered and I have found this inner strength and I’m like right. OK. What’s next?”

What’s next for the married couple is uncertainty, as Sharon admitted she isn’t sure if she will stay married to the 67-year-old musician.

“I honestly don’t know,” she said. “At this point, I cannot answer that because I don’t know what I want.”