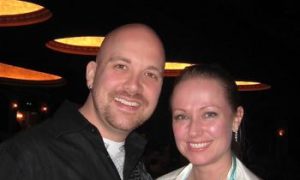 Musician: 'The emotion that the music stirs up inside of you, it's very passionate'
0 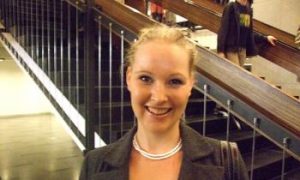 Oriental Dance Academy Director and Teacher: 'It was impressive, a big inspiration'
0
US

“[Ontario] Premier Dalton McGuinty’s government has called the Ring of Fire the most promising mining opportunity in Canada in a century, and yet we understand the plan is to send the raw materials to China to be refined,” William Brehl, president of Teamsters Canada Rail Conference Maintenance of Way Employees Division, said in a news release.

The Ring of Fire, a region located over 350 miles northeast of the Minnesota border, holds large deposits of chromite, a mineral used to make stainless steel. It also contains deposits of other minerals including nickel, copper, and platinum.

Since the discovery of the large deposits in the area a few years ago, the potential for large-scale mining operations has become a source of hope for Ontario to boost the economy and create jobs.

The issue has also raised concerns among native peoples and environmentalists worried about industry development in the area.

Brehl says Cliff Natural Resources, one of the companies owning some of the major deposits in the region, is considering shipping 4 million to 10 million tons of ore per year to Prince Rupert, British Columbia, and from there to China by sea.

“That’s what we’ve heard, that’s one of their plans. That’s why we’re a little concerned, we don’t want that sort of action finalized, we want people to be aware that a lot more Canadian jobs could go overseas,” he said in a phone interview.

The raw materials should instead be shipped by rail to existing plants in Northern Ontario that have been shut down, Brehl says.

“At Nakina, CN [railway company] should take the materials east, not west, to … Timmins. The infrastructure is there. The trained workforce is there. The housing is there. The plant is there,” the union said in the release.

Joanne Ghiz, communications adviser to Michael Gravelle, Ontario’s minister of Northern Development, Mines, and Forestry, says the provincial government is “working hard” to ensure that any processing facilities are built in Northern Ontario.

“The companies are currently evaluating a variety of locations, and it is our hope that . . . the location will be Northern Ontario,” she said.

A spokesperson with the Cleveland, Ohio-based Cliff Natural Resources says the developments in the region are still in the very early stages and would not confirm any plans for locations considered for processing of the raw mineral.

“The actual production may not be until 2013, so right now we really couldn’t comment as to where the product would be going,” says Pat Persico, senior manager of media relations with Cliff Natural Resources.

“Right now there is nothing up there but deposits, and then we have to build a mine, there has to be either rail or roads built, a whole infrastructure, so it is way, way down the road,” she said.