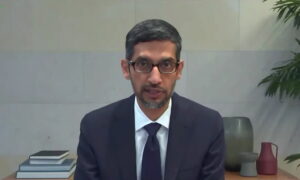 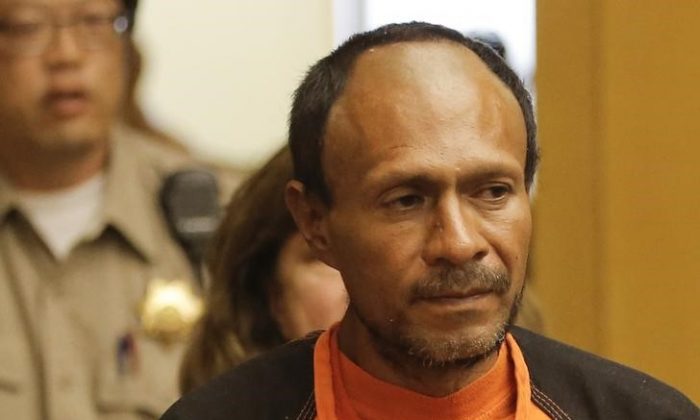 Juan Francisco Lopez-Sanchez is led into the Hall of Justice for his arraignment in San Francisco, California July 7, 2015. (Reuters/Pool/Michael Macor)
US News

An illegal immigrant from Mexico was acquitted of murder and manslaughter charges in San Francisco on Thursday, Nov. 30, in the politically charged shooting and death of a woman, the San Francisco Chronicle reported.

The case against Jose Ines Garcia Zarate became a rallying cry for President Donald Trump during his campaign for the White House, as he pushed to halt illegal immigration and penalize so-called sanctuary cities, including San Francisco.

Zarate, who had been deported to Mexico five times since first entering the U.S. as a juvenile, said the July 1, 2015, shooting of Kate Steinle on a pier in San Francisco, was an accident.

The San Francisco jury, while acquitting him of murder and manslaughter charges, found him guilty of the lesser charge of being a felon in possession of a firearm, a San Francisco Chronicle reporter covering the case said on Twitter.

A spokeswoman for San Francisco Superior Court could not immediately be reached for comment on the verdict.

Public Defender Jeff Adachi, who represented Garcia Zarate, said his client was “extremely relieved” by the verdict, the Chronicle reported.

UNBELIEVABLE: A California jury just found that the illegal immigrant who murdered Kate Steinle is not guilty of first or second degree murder. #KateSteinle #SecureOurBorders pic.twitter.com/4vzIWbxKUh

“He knew what was at stake — his life was at stake,” Adachi said. “I think he feels tremendous sympathy for Kate Steinle and her family — we do as well — but unfortunately these types of horrible, tragic accidents happen every day.”

A San Francisco district attorney told the paper that prosecutors found enough evidence to convict him.

“The verdict was not the one we were hoping for,” Alex Bastian said. “Both sides gave it there all.”

“If I’m going to speak to anybody, I’m not going to do it today,” said one man, who didn’t give his name, the paper reported. “I have to collect my thoughts.”

Jurors were asked to decide whether the killing was an act of murder or an accident.

Zarate and his defense team argued that suspect found the stolen weapon on a San Francisco pier that day and it “just fired,” Fox reported.

The gun belonged to a Bureau of Land Management ranger that was stolen from a parked car a week earlier.

They argued that the bullet ricocheted on the pier’s concrete and hit Steinle, killing her.

Zarate admitted to firing the gun, but he has maintained that it was an accident.

Prosecutors, however, claimed that he deliberately fired the gun at Steinle, and he was “playing his own secret version of Russian roulette.”