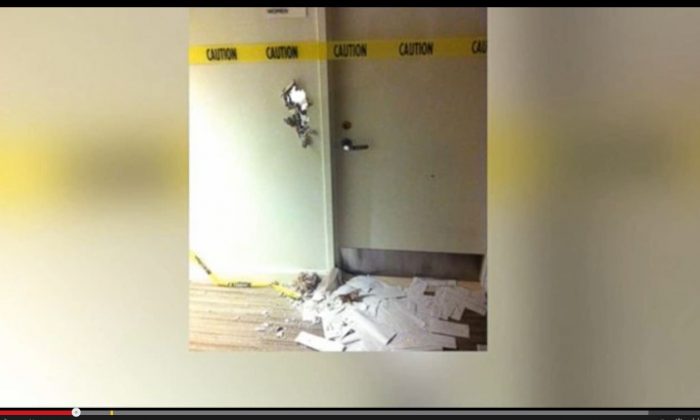 A YouTube screenshot shows the hole she made to escape.
US

Karen Perrin, DC Woman, Claws Out of Bathroom After Spending 8 Hours There

Karen Perrin, a Washington, D.C. woman, said she was forced to claw her way out of a bathroom door that locked at her workplace after hours.

Perrin, who described herself as claustrophobic, said that she tried a number of things to get the attention of security monitoring the hallway but to no avail.

Perrin said she did not have her cellphone on her.

“I couldn’t believe it,” she said, reported ABC.

“I felt hopelessness. I felt like I was going to die in there because of the anxiety I was feeling.”

When nothing worked, she said she grabbed a rod inside the bathroom and started digging her way out.

She was able to create a hole just large enough for her hand to fit through, allowing her to unlock the door from the other side.

“I came undone,” says Perrin. “I was crying. I felt like I was escaping a bad dream, like when you have a nightmare and you wake up and your heart is pounding and you realize, ‘Oh, I was just dreaming. Did that just happen. Am I OK?’”

She said she is taking the next few days off.