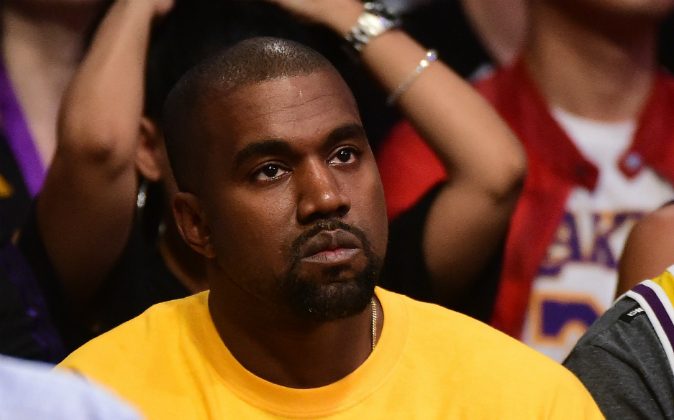 Kanye West looks on as he watches as the Los Angeles Lakers take on the Utah Jazz at Staples Center on April 13, 2016 in Los Angeles, California. (Photo by Harry How/Getty Images)
Entertainment

Kanye West is learning how to keep a promise the hard way.

Remember when Kanye West declared that “The Life of Pablo” would only be available on Tidal, only to have the number one album available on all streaming platforms nearly two months later? One of his fans does and is now suing the Chicago rapper for not keeping his word.

We fully support the right of artists to express themselves freely and creatively, however creative freedom is not a license to mislead the public.
— Jay Edelson, attorney

Justin Baker-Rhett filed a class action lawsuit in U.S. District Court in San Francisco on April 18, citing that West fraudulently promised exclusivity as a way to draw in subscribers to the fledgling streaming platform, Tidal. West has a stake in the company.

“We fully support the right of artists to express themselves freely and creatively, however creative freedom is not a license to mislead the public,” Baker-Rhett’s attorney Jay Edelson wrote in a statement. “We believe that we will be able to prove to a jury that Mr. West and Tidal tricked millions of people into subscribing to their services and that they will ultimately be held accountable for what they did.”

In the lawsuit, Rhett-Baker uses West’s own words against him, referencing the Twitter posting where the “Famous” rapper posted, “My album will never never be on Apple. And it will never be for sale… You can only get it on Tidal.” This has since proven false as West made his seventh album available on Apple and Spotify as well available for purchase on his website.

Rhett-Baker is also asking the judge to order Tidal to delete all users’ credit card information and other personal information.

“Mr. West’s promise of exclusivity also had a grave impact on consumer privacy,” the lawsuit stated. The lawsuit alleges that new subscribers information is worth an estimated $84 million to Tidal.

West or Tidal have yet to comment on the lawsuit.