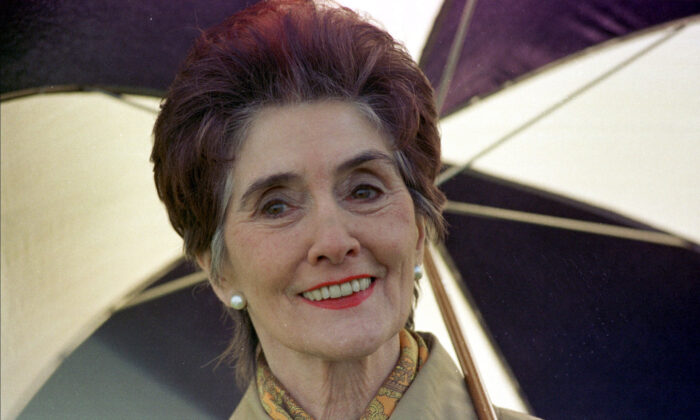 LONDON—June Brown, who played Dot Cotton on the British soap opera “EastEnders” for 35 years, has died. She was 95.

The BBC, which produces the show, announced Brown’s death on Monday. It said she died at her home outside London on Sunday with her family by her side.

“EastEnders” producers said Brown appeared in 2,884 episodes of the soap and “created one of the most iconic characters in Dot Cotton, not just in soap but in British television.”

Born in 1927, Brown served in the Women’s Royal Naval Service towards the end of World War II before training at the Old Vic Theatre School. She played myriad stage parts with the Royal Shakespeare Company and other troupes and had many film and TV roles before being cast in “EastEnders,” a soap opera chronicling life in the fictional working-class London neighborhood of Walford.

Intended as a southern rival to the northern England-set soap opera “Coronation Street,” the show launched in 1985 and soon became a ratings hit. Brown created one of its most popular characters in Cotton.

“EastEnders” became a British institution and Brown was one of its longest-serving stars. Apart from a break between 1993 and 1997, she remained on the program until 2020, receiving a lifetime achievement honor at the 2005 British Soap Awards for the role.

The show’s producers said,”a very bright light has gone out at ‘EastEnders’ today, but we shall all be raising a sweet sherry in June’s memory.”

“Rest in peace, our dearest June. You will never be forgotten.”