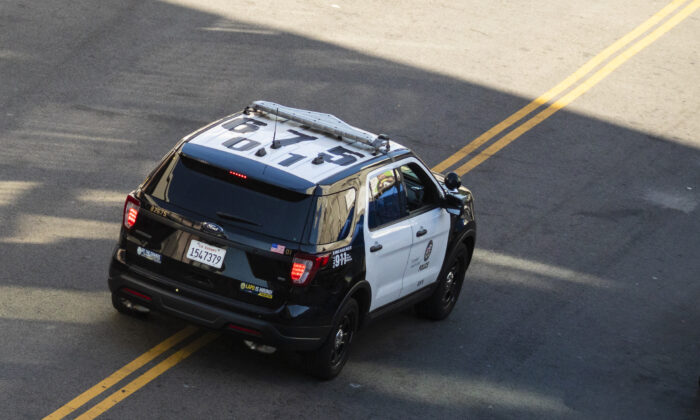 LOS ANGELES—Two sworn members of the Pomona Police Department who allege that they were subjected to disparate treatment by the department’s former police chief when they returned to work, despite being acquitted of charges related to a confrontation with a teen patron at the 2015 Los Angeles County Fair, can take their case to trial, a judge has ruled.

On July 29, Los Angeles Superior Court Judge Elaine Lu denied a motion by the city to dismiss the complaint brought by Sgt. Michael Neaderbaomer and Cpl. Chad Jensen. Lu heard arguments on June 1 and took the motion under submission.

In their suit brought in May 2020 alleging retaliation and civil rights violations, both plaintiffs stated that they were indicted on and later acquitted of federal charges in connection with the alleged excessive force incident involving county fair attendee Christian Aguilar, who the city would later pay $500,000 to settle his civil lawsuit over the encounter.

Jensen and Neaderbaomer maintain that despite their reinstatements to the department, ex-Chief Michael Olivieri limited their abilities to act as sworn officers.

When the plaintiffs complained about allegedly being passed over for promotions granted to less-qualified employees, they were told that giving them the increase in their ranks “would make the department look bad in front of the public and the Department of Justice,” the documents read.

In their court documents, defense attorneys denied any wrongdoing on the part of the city or Olivieri, who was previously dismissed as a defendant in the case by the judge.

“Although they were not convicted after federal jury trials, plaintiffs’ conduct caused both officers and the city of Pomona to be subject to significant public scrutiny, criticism and embarrassment,” the defense lawyers stated in the court documents. “Given the public opposition and outcry … Chief Olivieri understandably did not promote either plaintiff.”

Neaderbaomer was originally charged with obstruction along with two counts of lying to the FBI. A jury acquitted him of the first count and deadlocked in favor of acquittal on the remaining charges, which were later dismissed by a judge.

Neaderbaomer was also accused of trying to dissuade Aguilar’s mother from pursuing an internal police investigation into the arrest of her son.

Prosecutors alleged that the lawman falsely told Erain Aguilar that he had video footage of her son punching an officer. They also claimed that the sergeant falsely insisted that if the teen wished to pursue a complaint for excessive force, the then-16-year-old boy would have to meet with police officials by himself for a videotaped interview.

The false statements counts stemmed from interviews with the FBI in which Neaderbaomer allegedly denied his earlier exchanges with the mother, who has worked as an Irwindale Police Department dispatcher.

Jensen and Officer Prince Hutchinson were tried separately from Neaderbaomer and were involved in the actual confrontation with Aguilar. Their first trial ended with jurors deadlocked 11–1 in favor of guilt on all counts, but in a retrial, the pair were acquitted.

The trial of the Jensen–Neaderbaomer civil suit is scheduled for Aug. 21, 2023.