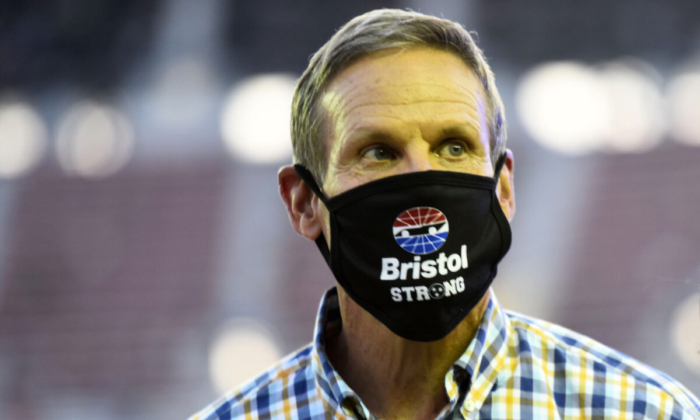 A federal judge on Sept. 17 temporarily blocked the implementation of Tennessee Gov. Bill Lee’s executive order, which allowed parents to opt children out of wearing masks in schools.

The judge blocked Lee, a Republican, from enforcing his order in Shelby County and directed Shelby officials to enforce the county’s health orders without exception.

The same court issued a temporary restraining order earlier this month against the governor.

The three plaintiffs in the case are parents of children with disabilities who argued that their children are at increased risk of adverse outcomes from COVID-19 and that the governor’s order would prevent the children from safely attending school.

On Aug. 6, the Shelby County Health Department mandated universal masking in schools. The policy allowed for no exceptions for students and staff who were vaccinated or possessed acquired immunity to the CCP (Chinese Communist Party) virus, commonly known as the novel coronavirus.

On Aug. 16, 10 days after the Shelby County mask mandate, Lee issued an executive order allowing parents to opt their children out of any school mask policy. At the press conference announcing the executive order, Lee said the best way to protect children at schools is to have them wear masks.

“If you want to protect your kid from the virus or from quarantine, the best way to do that is to have your kid in school with a mask,” Lee said.

The opt-out rate in one of the other plaintiff’s schools is about 17 percent. The plaintiff’s child can’t wear a mask due to autism and is immunocompromised due to chemotherapy. Hoping to avoid exposure to COVID-19, the parents say the child can’t go to the lunchroom, the gym, or walk in the hallways with unmasked peers.

The judge also found that the plaintiffs aren’t required to exhaust their options through the Individuals with Disabilities Education Act.

“Plaintiffs will face irreparable injury if the Executive Order remains in place, and the public interest is served by enjoining the enforcement of this Executive Order,” the judge wrote.

The preliminary injunction ordered on Sept. 17 will last until the court enters a final order in the case.