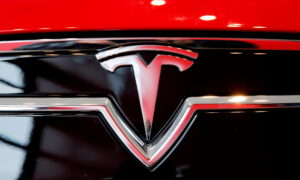 Josiah Galat, 20, was stabbed to death in a University of Toledo dormitory stairwell in December 2012. He had taken a hallucinogenic drug 25i and had spent the day with Erik Littleton, 19, who had also taken 25i, reports the Mansfield News Journal. Galat was from Mansfield, Ohio.

The weapon was found, but it is unclear who owns it or who was responsible for the attack, reports the Journal. Alexander Vogel, 18, had taken the same drug as Galat and Littleton and was found naked and agitated.  University of Toledo Chief of Police Jeff Newton told WMFD that Vogel was in a dorm room when the stabbing took place.

The Lucas County Prosecutor’s Office announced this week that no charges would be pursued due to lack of evidence.

On June 19, Galat’s mother wrote on a Facebook page dedicated to his memory:

We were so proud of you and had images of what it would be like when you would get to your thirties. It’s so difficult acknowledging the truth of what’s happened? You are so missed. I love you always.

To the one who made the choice that Josiah’s life was of no value and you killed him, you are forever intertwined into our family’s lives.