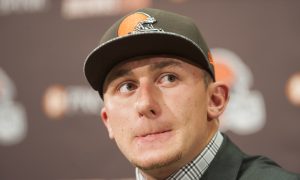 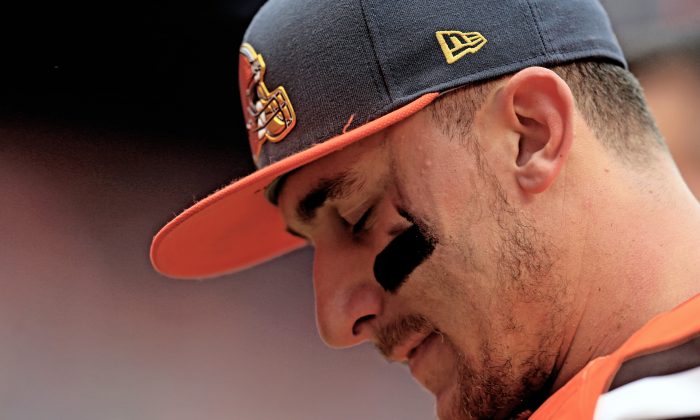 Free agent quarterback Johnny Manziel is not only without a team for 2016, he's also without an agent. (Andrew Weber/Getty Images)
NFL

NFL free agent quarterback Johnny Manziel is due in court on May 5 and bond was set at $1,500 after being indicted on misdemeanor assault charges stemming from an incident with his ex-girlfriend Colleen Crowley on Jan. 30.

According to a report on ESPN.com, Manziel can turn himself in next week.

The Class A misdemeanor assault charge carries up to one year in jail and a $4,000 fine https://t.co/9VdAhYOphN

The former Heisman Trophy winner was accused of hitting Crowley and threatening to kill her. According to court documents, Crowley said Manziel hit her so hard she temporarily lost hearing in one ear.

The charge of misdemeanor assault related to family violence carries a penalty of up to one year in jail and a fine of up to $4,000.

Robert Hinton, an attorney for Manziel, told the Associated Press on Tuesday that his client will plead not guilty. “If this were Johnny Smith, the district attorney’s office would have declined to accept the case, in my judgment,” Hinton said in a phone interview. “This is not a very credible case. As a matter of fact, it’s incredible. There’s just not much to it.”

Crowley has already been granted a protective order that requires Manziel to stay at least 500 feet away from her place of work and home. He also has to pay $12,000 in legal fees.


It’s been an eventful offseason for the talented, dual-threat quarterback. In addition to his misdemeanor indictment, Manziel has been fired by a pair of agents, lost his endorsement deal with sports apparel giant Nike, and is accused of causing some $32,000 worth of damage to a house he rented in West Hollywood, California.

On the field, Manziel’s limited production was overshadowed by his off-the-field headlines. In two seasons in Cleveland, the former Texas A&M star threw for 1,675 yards, with seven touchdowns against seven interceptions, while completing 57 percent of his pass attempts. The Browns went just 2–6 in the eight games Manziel—who was a first-round pick of the team in 2014—started over the last two years.