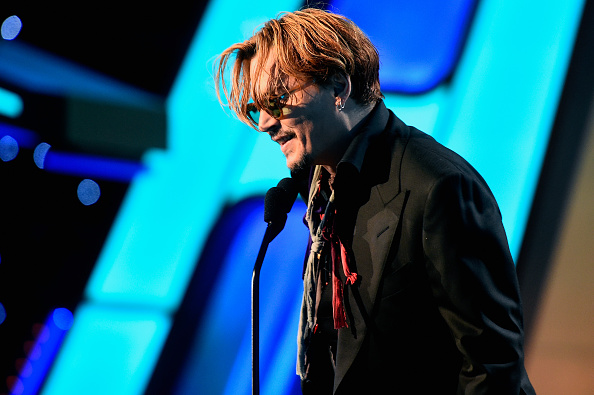 Johnny Depp Speech: Amber Heard ‘Made a Fool’ of Himself, Could End Relationship

Depp hasn’t said he was drunk, and Heard hasn’t said anything about splitting up, meaning the report could merely be speculation.

Speaking at the Hollywood Film Awards, Depp looked visibly intoxicated–likely drunk–before he was pulled He slurred his words, mumbled, and reportedly cursed.

A source claimed Heard “couldn’t believe he had made such a fool out of himself,” according to the New York Daily News, citing Star Magazine. “This reflects really badly on her, and she’s not happy about it.”

But another report from gossip site Celeb Dirty Laundry says that their relationship has “been on the rocks for quite a while and rumors are that their wedding is off.”

Depp has publicly professed his love for alcohol but never has said he has a drinking problem, according to a Rolling Stone interview in 2013.

“I investigated wine and spirits thoroughly, and they certainly investigated me as well, and we found out that we got along beautifully, but maybe too well,” he said, while added that he’d been sober for approximately a year-and-a-half when he gave the interview.

Recently, Depp opened up about not giving “a f— anymore” in terms of what acting roles he selects.

“What is really satisfying is, like Marlon [Brando], getting to that place where he just didn’t give a fuck,” Depp told Details (via Huffington Post).

“First, I reached a point where I cared so much and was so diligent in terms of approaching the work. Then you get to where you care so fucking much that it gets goddamn beleaguering, you know? But then a great thing happens. Suddenly you care enough to not give a [expletive], because not giving a [expletive], that’s the total liberation. Being game to try anything.”

Depp will play the Big Bad Wolf in “Into the Woods,” which comes out in December. He’ll also play a Nazi-era art dealer in “Mortdecai.”

“For everybody, the clock’s ticking,” he said. “The main thing is whether you sit there and stare at the clock in fear of your ultimate demise — which is pointless — or you just live.”