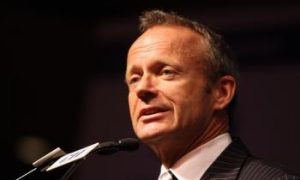 [xtypo_dropcap]J[/xtypo_dropcap]ohn Dye, the former star of the TV show Touched by an Angel, was found dead in his home in San Francisco on Monday, according to CBS News. He was 47.

A medical examiner told the news agency that the cause of death has not yet been determined. Relatives said he died of heart failure.

According to People magazine, he apparently died on Monday but the news was not made public until Friday.

Dye also appeared in television roles including The Young and the Restless and Murder She Wrote.

However, he is best known for the role he played on Touched by an Angel on CBS. Dye appeared on the show for nine years.

"People were very moved by the nature of John’s role, and it was not uncommon for people to come up to him in public and say their mother or brother passed away, ‘and you were a comfort.’ So often he would get some very powerful comments, so he had to learn to embrace all that," his brother Jerre told the Memphis Commercial Appeal.

The family said they will organize a funeral for the actor in Mississippi.