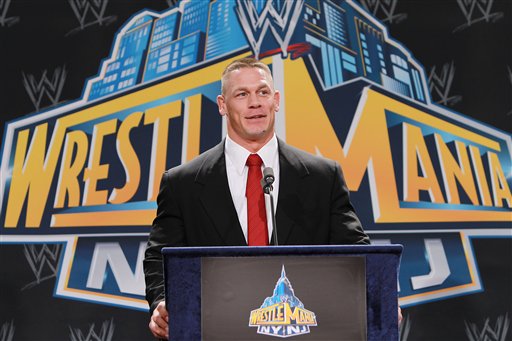 John Cena, Batista, Paige to be at Chicago Comic Con

John Cena, the WWE Superstar, will be at the Chicago Comic Con in August.

According to a press release, Cena, Batista, WWE Hall of Famer Bruno Sammartino, and Paige will be at the convention between Aug. 21 – 23 in Rosemont, Ill.

“Coming back to Chicago is a great thrill for me,” Cena said in the release. “The fans here have always been good to me, and I really enjoy all my Wizard World appearances.”

There’s no word if CM Punk, who essentially left the promotion, will be at the event.

Cena will be facing Bray Wyatt at “WWE Payback” on Sunday, June 1.