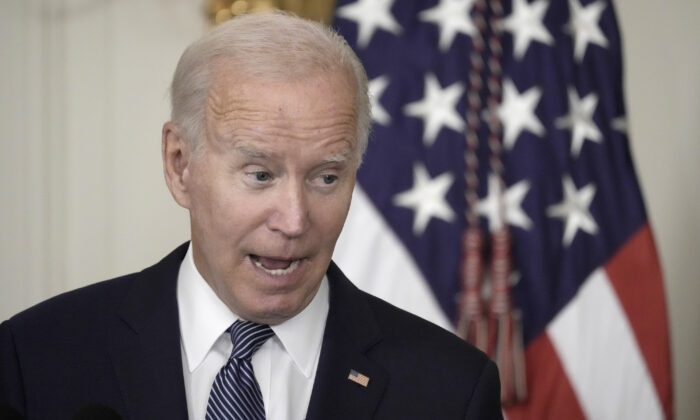 Joe Biden Has a Versailles Problem

VERSAILLES, Pa.—As if to emphasize that this town of 1,200 has zero in common with the royalty that once ruled at the eponymous location outside Paris, royalty far removed from the concerns and the despair of its people, this Youghiogheny River town is pronounced in its own unique Appalachian way: “Ver-sales.”

That pronunciation also holds true for the towns of Versailles, Kentucky, as well as Versailles, Ohio. It has to do with the choppy way the early Scottish settlers in all three of these towns tended to emphasize second syllables over the first. But one can imagine it also had a little bit to do with not having anything in common with the palace that, for centuries, symbolized a ruling class deeply out of sync with the rest of its nation.

The Versailles in Ohio is a charming and thriving little historic village. The one in Kentucky’s bourbon country is the epicenter of American horse breeding, and it has had robust population growth for 100 consecutive years.

The new inflation data showed a deeply troubling increase: Core inflation was 6.3 percent in August, up from 5.9 percent in July; the Dow plunged a staggering 1,200 points on the news that inflation had only barely slowed down to 8.3 percent.

“The future of America’s bright and the promise of America is real. It is real!” Biden shouted, counting on the strength of his own assertion to overpower the reality.

It’s not lost on average voters, for Biden or for Trump, that this administration is wildly out of touch with the crippling effects that inflation is having on their lives. Eggs are 40 percent more expensive than a year ago, coffee 18 percent, and groceries generally 11 percent. You don’t have to be a Republican to be unhappy with that.

Biden’s tone-deafness continued the following day, which was spent in Michigan, lecturing people whose median income is $36,842 that they ought to buy an electric car to save money. In much of the Detroit area, the $62,900 Cadillac Lyriq EV that Biden drove as a stunt at his publicity event costs more than a three-bedroom, two-bath home with a detached garage.

Hours later, Biden traveled to Delaware to vote in his home state’s primary, using a taxpayer-funded jet and motorcade to vote in person rather than casting an absentee ballot, as Presidents Barack Obama and Donald Trump had done when they were in office. It costs more than $2,500 per minute to transport a sitting U.S. president.

All of this happened just two weeks after Biden had announced college loan forgiveness—a transfer of funds to the most privileged people in the nation with the brightest prospects, at the expense of everyone else. He followed that up a week later by standing outside Independence Hall in Philadelphia, draped in sinister red lighting, and delivering one of the most odious speeches a president has ever given, expressing his loathing for half of the people living in this country.

Even Abraham Lincoln, who had much more solid ground upon which to denounce his political enemies as moral inferiors, was capable of exercising some restraint.

For months, Republicans seemed to be in the catbird seat in terms of voters preferring them over Democrats in November’s midterm elections. Their advantage may have diminished recently, in large part because of Trump’s return to the spotlight and his feud with the Department of Justice. Whatever the outcome in November, several things will be missed along the way in measuring the outcome.

If they win, Democrats will claim they benefited from their legislative accomplishments at the tail end of the summer. They will also say their message of demonizing half of the country worked brilliantly and that the abortion issue played right into their hands.

All you ever hear in the national news is how Trumpy the Republicans are. I’ve seen a lot of these campaigns across the country, and I often wonder whether the reporters saying such things are attending the same meet-and-greets or town halls as I did. Or, are they seizing on one fragment of a sentence and turning that into a 1,000-word think piece about what it all means? Such stories drive the news and social media, but will they determine the election? Probably not.

When Obama was handed his devastating midterm results in both 2010 and 2014, he was personally popular with the voters. It was his policies that weren’t. When Trump’s party lost during the 2018 midterm elections, he wasn’t personally popular, but his policies were. The two men lost for different reasons—Obama because he overreached, Trump because of his personal comportment.

If Biden gets a November shellacking, it won’t be because he didn’t do enough legislatively. It won’t be because voters don’t personally like him. It will be because Biden has lost touch with the concerns of the common men and women who make things move in this country: the welders, the mechanics, the energy workers and waitresses, the farmers, and small business owners, as well as the suburban parents whose grocery, utility, and housing bills have skyrocketed while their incomes have remained stagnant.

Many such people have told me they voted for Biden just two years ago but have little sympathy for him now. They are watching a man dance about and brag about his climate change bill, all the while vilifying them or their family members, heedless of the challenges they face.

Biden’s answer to $5 gas is for you to buy a $60,000 vehicle. That alone explains just how out of touch he has become.