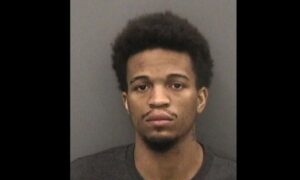 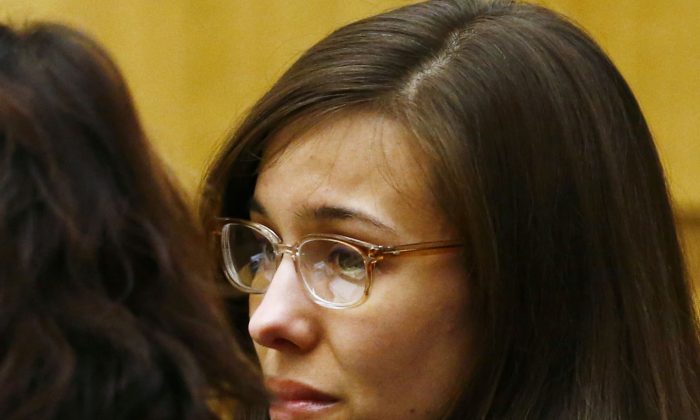 In this May 8, 2013 file photo, Jodi Arias reacts after she was found of guilty of first-degree murder in the gruesome killing of her one-time boyfriend, Travis Alexander, in their suburban Phoenix home, at Maricopa County Superior Court in Phoenix. (AP Photo/The Arizona Republic, Rob Schumacher, Pool, File)
Crime and Incidents

A trial for Marissa DeVault, an Arizona woman accused of fatally beating her husband with a hammer in 2009, is linked by some to the Jodi Arias trial.

The DeVault trial, which resumed on Tuesday, is happening in the same courtroom as the Arias trial.

Marissa Suzanne Devault (dev-WAH’) claims she killed her husband in self-defense at their Gilbert home.

She told investigators that Dale Harrell had physically and sexually abused her in the past. It’s a similar defense to the one claimed by Arias, who was convicted last year for brutally killing her longtime lover Travis Alexander.

“DeVault’s trial began in early February, and now her fate is in the hands of the jury. Just like Arias, whom she reportedly befriended in jail, she faces the death penalty if convicted. Arias was convicted of first-degree murder in May,” reported ABC.

The sentencing phase of the Arias trial is set to begin in September.

Prosecutors contend the January 2009 attack by DeVault on Harrell was premeditated, with the cited motive that DeVault wanted to get life insurance money to pay back her alleged boyfriend, from whom she borrowed about $300,000.

They say the 36-year-old Devault has given conflicting accounts of her husband’s death and that people who the woman claimed had witnessed some of the past abuse didn’t back up her claims.

Harrell died at a hospice nearly a month after the attack of complications from his head injuries.

Prosecutors are seeking the death penalty against Devault.