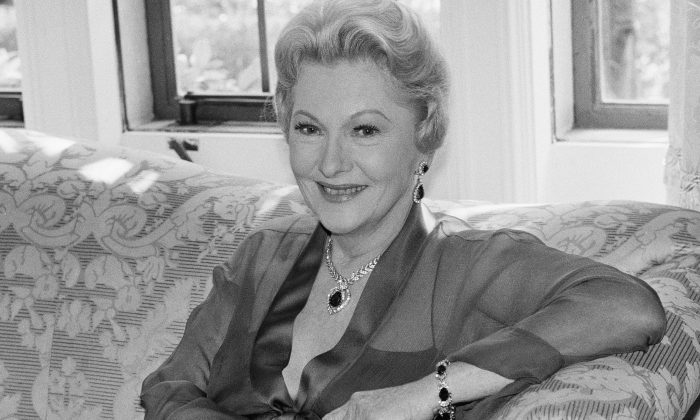 Joan Fontaine, who was best known for starring in a series of Alfred Hitchcock movies, died at age 96 on Sunday.

Fontaine rose to fame after performances in “Suspicion” and “Rebecca.”

She died at her home in Carmel, California from natural causes, reported the Hollywood Reporter.

Fontaine was born on October 22, 1917 in Tokyo; her father was a British patent attorney practicing in Japan.

The family later moved to California in the hopes of healing both Joan and her older sister of recurring ailments.

Fontaine has 71 films to her name, including several television movies and series appearances as late as 1994. She first appeared in “No More Ladies” in 1935.