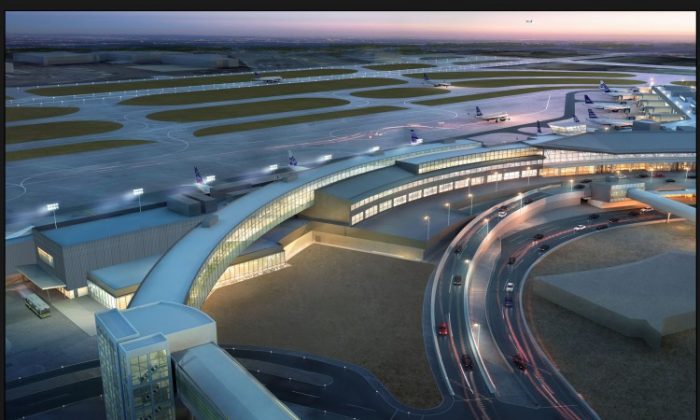 NEW YORK—JetBlue broke ground on an expansion of its terminal at John F. Kennedy Airport in Queens, Oct. 1. The slated 2015 opening will help the New York-based company add trips to more international destinations.

The expansion will include six international arrival gates and a separate hall for U.S. Custom and Federal Inspection Services. Temporary jobs from the expansion are estimated by the airline at 1,000.

“We designed this addition to T[erminal] 5 to welcome people to New York, greeting them with natural daylight and a view outside,” said Bill Hooper, principal of Gensler, one of the partners of the project, in a statement. The expansion will have an environmentally friendly focus, as well as increasing efficiency for passengers.

Terminal 5 is the newest terminal at the airport. JetBlue carried more than 2 million passengers from JFK last year.