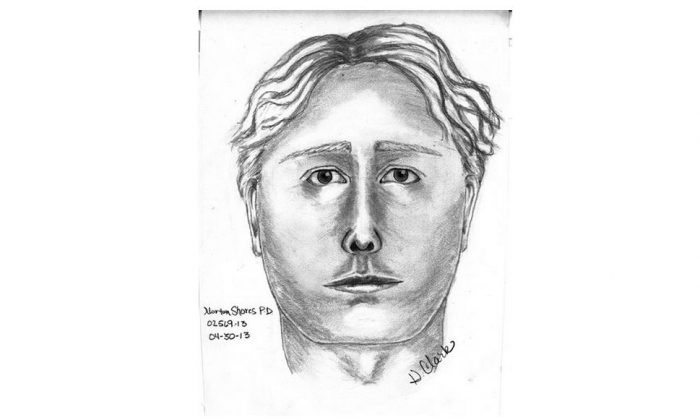 This sketch released Tuesday, April 30, 3013, by police in Norton Shores, Mich., shows a man wanted for questioning in the April 27 disappearance of Jessica Heeringa. (AP Photo/Norton Shores Police Department)
US

Heeringa, 25, went missing while she was closing down an Exxon station on Friday night in the city of Norton Shores. Reports the gas station had no surveillance cameras or other security devices present.

A witness in the case told ABC News that he watched a man in a silver minivan come up to Heeringa while she was at a gas pump.

Neaby employee Christian VanAntwerpen told the broadcaster: “He was just like, ‘Hey, what are you doing over here? Aren’t you supposed to be inside?’ Just kind of being real flirty, weird about it.”

“It was just bizarre that he seemed to be actively looking for her, like he knew her and then had this attitude that he wanted to have a conversation with her and then conduct business, and that is what seemed really out of place to me,” VanAntwerpen continued.

Authorities also released surveillance footage from a bar located near the station, showing a silver or gray Chrysler minivan driving from the scene, according to MLive.com.

“The video shows the silver minivan continuing to drive north on Grand Haven Road, less than a minute after passing the Homestead. We’re not able to see the plate number or the driver, but it does help us by filling in more of the timeline of Jessica’s abduction,” Norton Shores Police Chief Dan Shaw said in an e-mail to the website.

A 911 call was also released to the public.

Police are looking for a white male, between the ages of 30 and 40, around 6 feet tall, and has light brown wavy hair, according to CBS News.

Heeringa was described as 5 foot 1 and approximately 110 pounds.